Bathing with dolphins in Karde

Had heard a lot about dolphin spotting and watching on the coast of Maharashtra so when I heard of this beautiful small beach at Karde near Dapoli where they organise this activity, we went for it. Karde is around 300kms from Mumbai and we drove there in around 5hrs from Mumbai. A leisurely drive, taking in all the sights on the way. Being winter the ambient temperature was also very pleasant.
Checked into a hotel on the beach and after a sumptuous lunch, enquired at the reception about going dolphin spotting. We were told that it is an early morning activity hence would be undertaken next morning. We would have to assemble on the beach at 6am where the boat would arrive which would take us for spotting dolphins. On a lucky day, apparently one could spot them in large numbers and so we hoped to be lucky.
We spent the evening strolling around on the beach which was very clean. The walk was invigorating. The

sunset was beautiful as always.
Along came a jeep, to our surprise, for those who were interested in parasailing I think it is called. You are 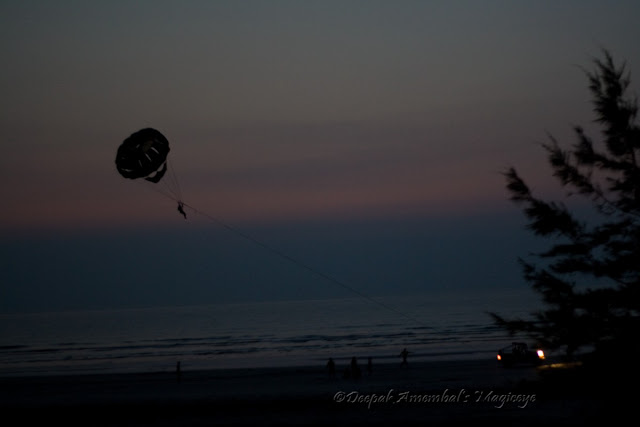 harnessed to a parachute and the jeep pulls you along the beach as you sail up into the sky where you hover for a few seconds and then brought down to earth feeling good.
Had some delicious prawn biryani for dinner and this was followed by a briefing for the dolphin safari. We were told specifically to wear rubber footwear and carry along a plastic bag to store your valuables in as the sea water would definitely splash in while in motion at sea. In short we would be in for a cold icy ocean bath!
As we waited on the beach, for the boat to come in at dawn, soaking in the beauty I visualised the Cinthol ad ‘Alive is Awesome’! We felt so alive and in tune with nature as the waves gently lapped in at our feet, with a gentle breeze blowing to dry off the beads of sweat that formed above my lips and eyebrows due humidity. 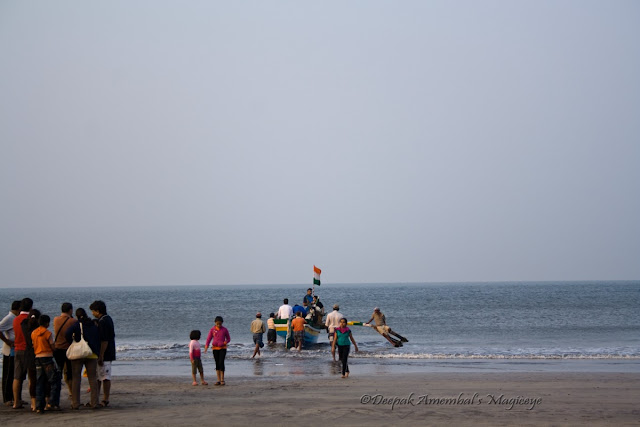 And then the boat came in, the crew jumped out and helped us put on the life jackets after a briefing on the dos and donts while at sea.
We hopped into the boat and set sail at last for dolphin spotting. The sun started his journey too as it rose to paint the skies in fascinating colours. 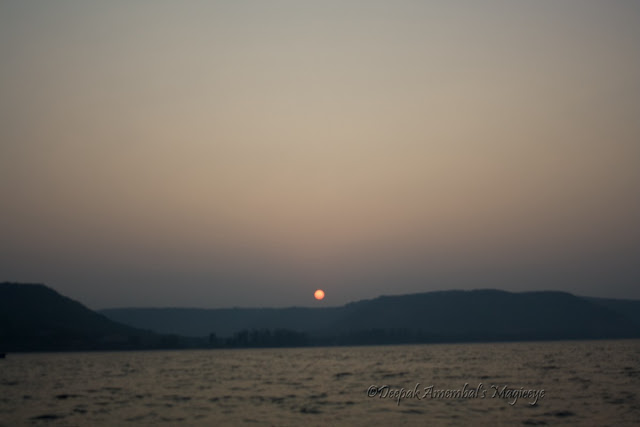 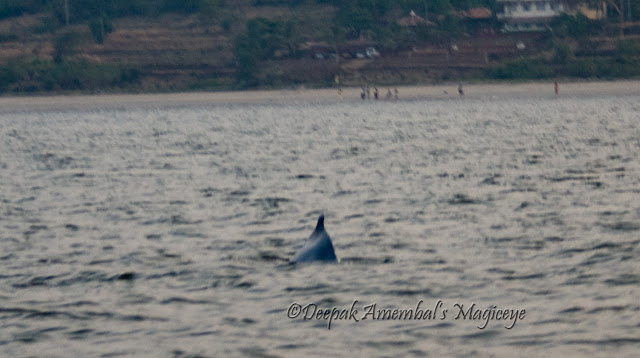 distance. Yes they were dolphins. We asked for a closer look and were told that he would take us closer provided we were ready for a bath in the sea water that would splash in as the sea was slightly turblulent there. We agreed in unison and off we went. And soon the boat that seemed big now suddenly seemed so tiny as it bobbed up and down in the rather rough waters that started splashing us with icy cold water! But the sight of the dolphins playing up close was a treat! On hindsight, it was an awesome bathing experience while watching dolphins. No photographs as we did not have water proof cameras.
However here is a video by Cinthol on Awesome Ocean bathing.