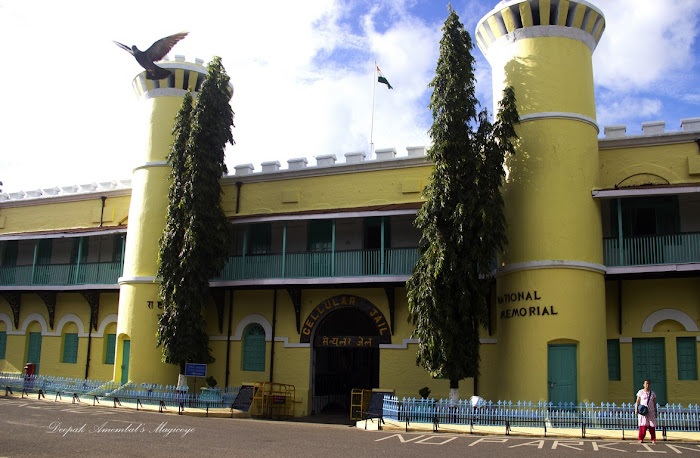 and death of Indian freedom fighters, who were incarcerated in the Cellular Jail in Port Blair by the British.

Much later did I learn about the natural beauty of the Andaman Islands that was on display.
As luck would have it, the destination presented itself while I was surfing the internet for a holiday, and I got some real good deals on the air fare and the travel and stay package in Andaman. The best part was that we would be landing in Port Blair on the 15th of Aug, our Independence Day,  and a visit to the cellular jail on that day was the least I could do to pay my respects to the brave souls who had sacrificed their lives so that we could celebrate this day! 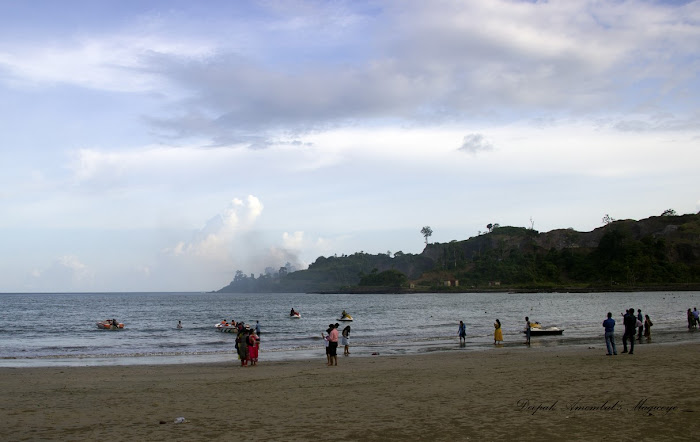 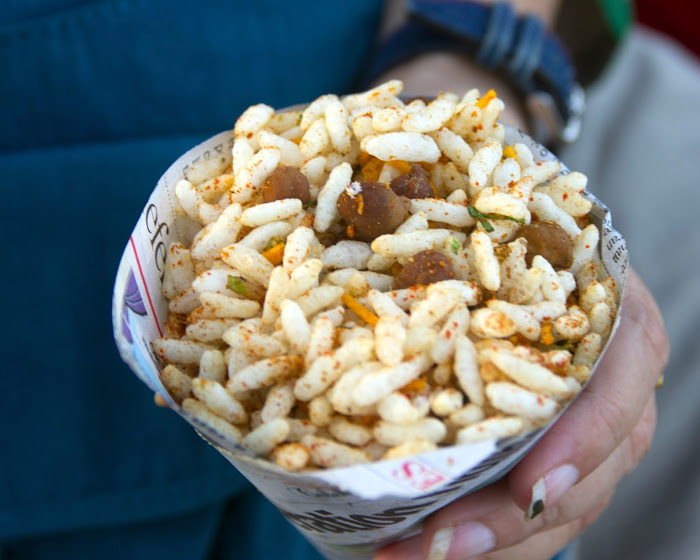 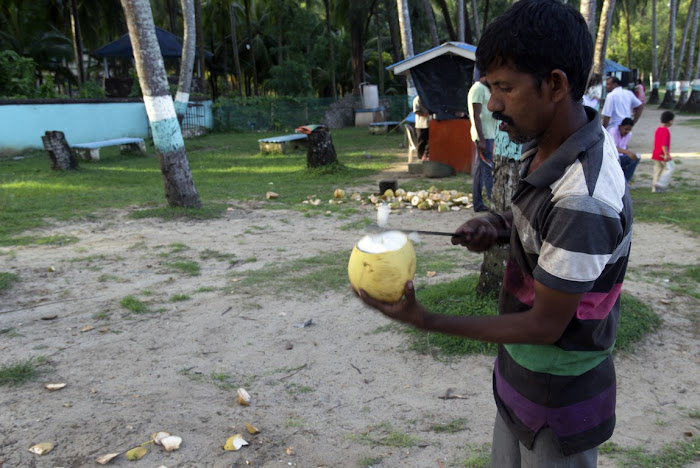 seemed quite a popular activity there though we did not participate but enjoyed watching.
And then we headed to the ‘Cellular Jail’ to attend the Sound and Light show. It was all lit up in celebration of ‘Independence Day’ and there was a festive atmosphere. 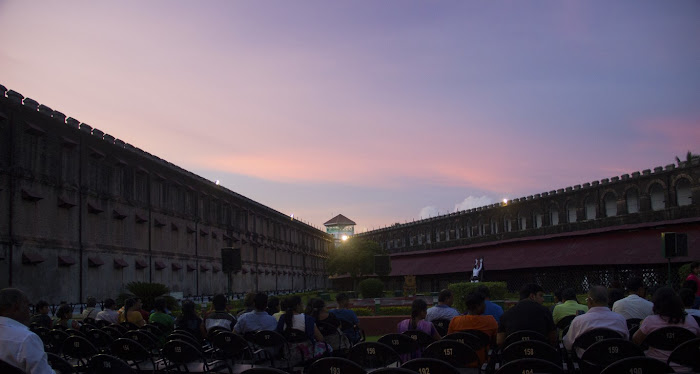 Once inside we sat on the chairs provided and waited for the history to unfold. The history would be narrated by the Peepal tree in the premises which was there even before the jail was built and hence had seen and heard everything that went on over all these years. The sombre voice over was that of Om Puri, an excellent choice. At the end of it one is left with humility and a sense of pride for all the bravehearts.
Next morning we took the ferry to Ross Island which was the erstwhile Administrative Headquarters for the islands till it was destroyed in 1941 by an earthquake. The headquarters were then shifted to Port Blair. Ross Island is comparatively a small island and one can complete a walk around in an hour. The ruins are there taken over by nature. It is maintained beautifully by the Indian Navy along with a tiny museum and a few spotted deer too! 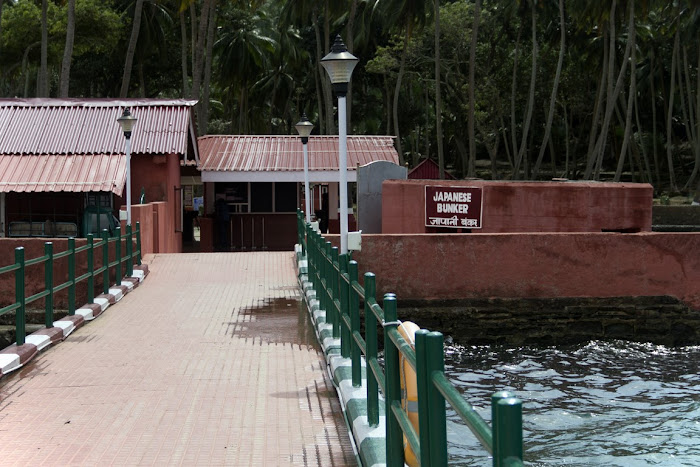 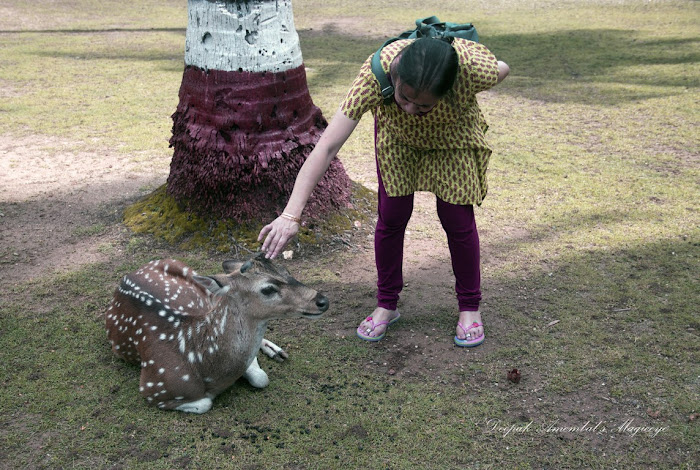 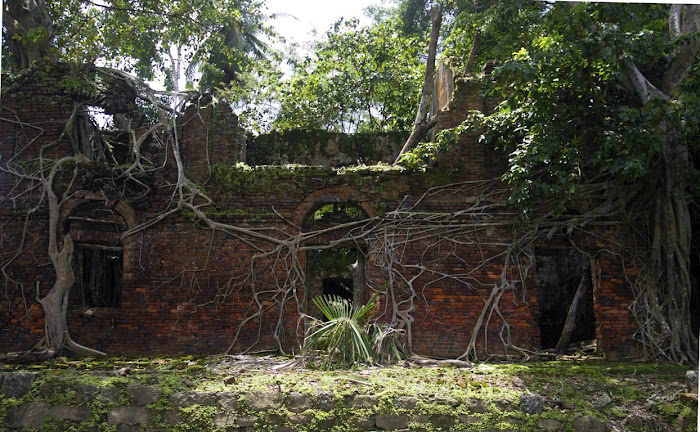 As per Wikipedia “Ever since Dr. James Pattison Walker arrived in Port Blair aboard the East India Company’s steam frigate ‘Semiramis’ on 10 March 1858, this island remained under British occupation till 1942. From 1942 to 1945, the island was under the occupation of Japan. However, the allies reoccupied the island in 1945 and later abandoned it. During British occupation, this island was the seat of power of the British.”
Now it was time to indulge in some water sports like Scuba diving, Sea walk, Snorkelling and a ride on the glass bottomed boat to view the coral reefs that was being conducted on North Bay island where we were ferried to next.
I did the sea walk and it was an amazing experience!! You are taken to a floating barge in the sea and after a briefing taken down to the sea bed with professional divers who guide you all along. They also 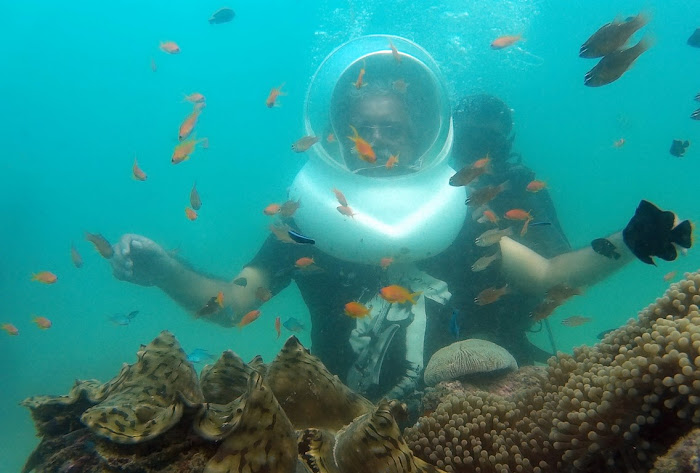 take your pictures as you are not allowed to take your personal cameras. These pictures are then transferred onto a CD and given to you at no extra charge.
At the end of an exciting day we ferried back to Port Blair and the morning after we were back to the ferry station to be ferried across to Neil Island. On Neil Island we were driven around to a couple of beautiful beaches and at Bharatpur beach we took a glass bottomed boat ride to view the coral reefs.
Was beautiful! And then post lunch and souvenir shopping, we went to see what they call Coral 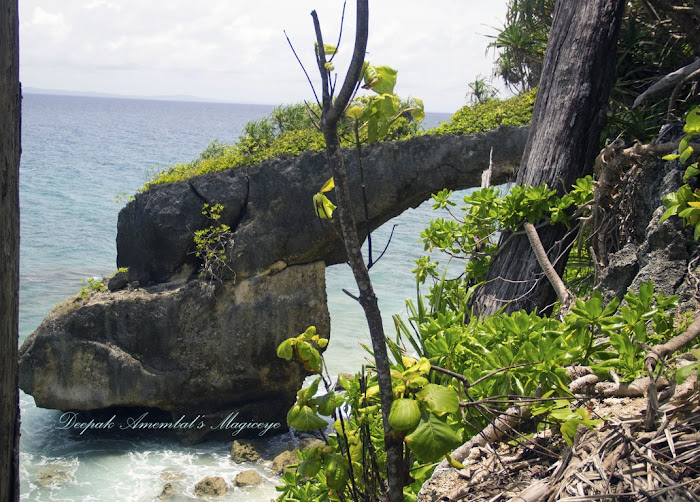 bridge. Then it was time to take the ferry to the famous Havelock Island!
Havelock island is generally where all the tourists head for to relax and indulge in water sports but since we were there at a time when the water sports had not reopened yet, we enjoyed ourselves going for long walks on the beautiful beach and visited the famous Radhanagar beach which is touted 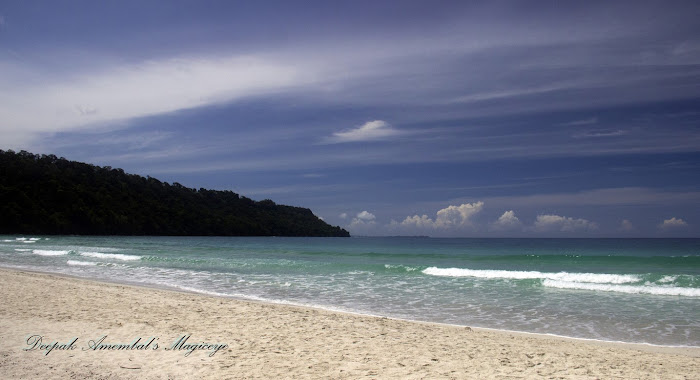 as one of the best beaches in Asia. After a couple of rejuvenating days in Havelock we ferried back to Port Blair and spent the last evening in Andaman visiting Chidiya Tapu. 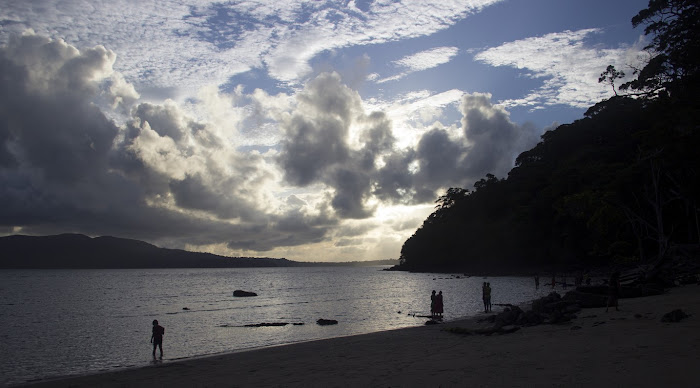 The local cuisine is basically Bengali as the early settlers there were Bengali and they outnumber the Tamil settlers.

Was a wonderful enjoyable holiday and a destination that everyone should visit, be it for relaxation or water sports or a walk down history lane.
Posted by magiceye at 5:00 AM 40 comments: