Rain followed us from Ahmedabad all the way to Mount Abu, a distance of 245kms.
We left Ahmedabad at 0700hrs and had a pleasant drive to Mount Abu with good roads all the way. All along the way we saw pilgrims walking and cycling in groups, some carrying flags on 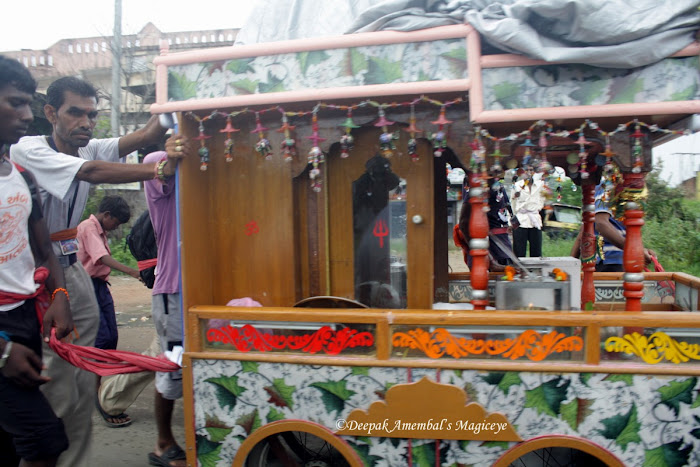 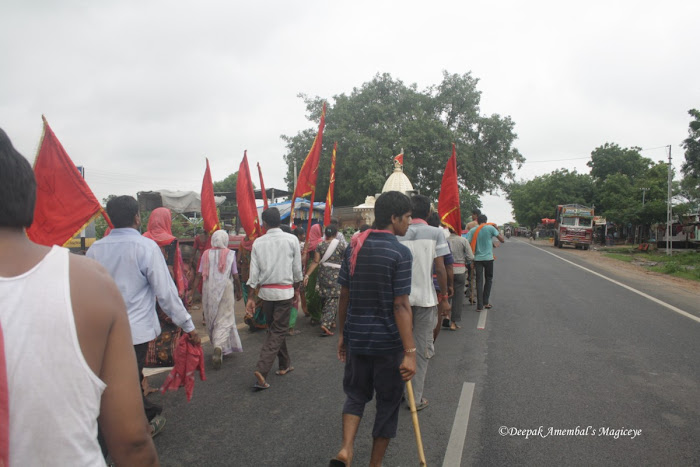 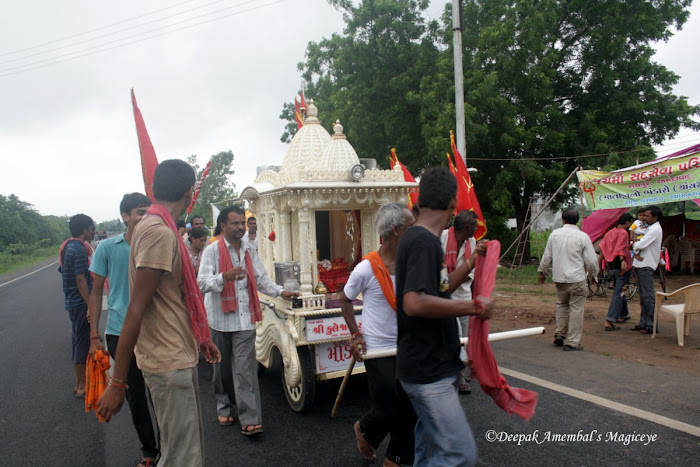 their way to the Ambaji temple 45kms off Mt.Abu, for a jatra that is held annually on full moon day. 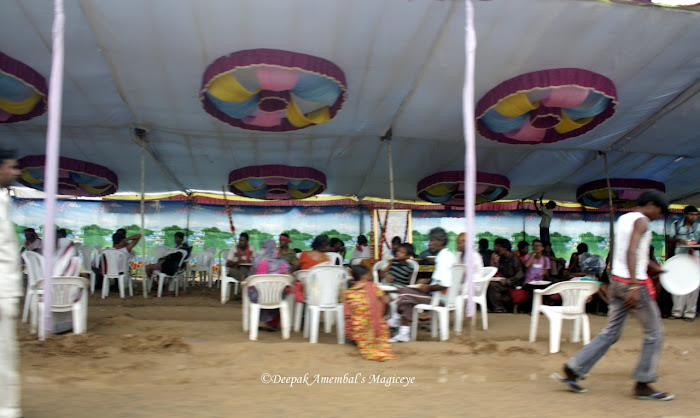 Villagers on the way provided food and shelter to the pilgrims.
As we climbed up we drove through clouds near the top. 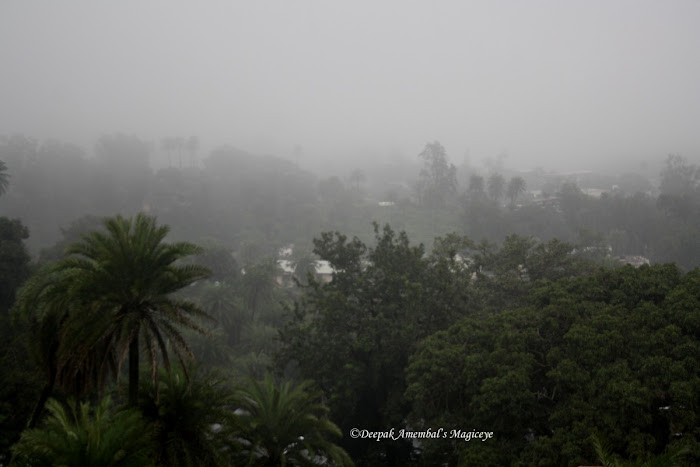 In the Puranas, the region has been referred to as Arbudaranya, ("forest of Arbhu") and 'Abu' is a derative of this ancient name. The legend is that a serpent named "Arbuda" saved the life of Nandi - Lord Shiva's bull, hence the mountain is named "Arbudaranya" after this incident.
The town of Mount Abu, the only hill station in Rajasthan, is located at an elevation of 1220 meters. It has been a popular retreat for the Rajasthanis and neighbouring Gujaratis for centuries. Mount Abu is home to a number of Jain temples. 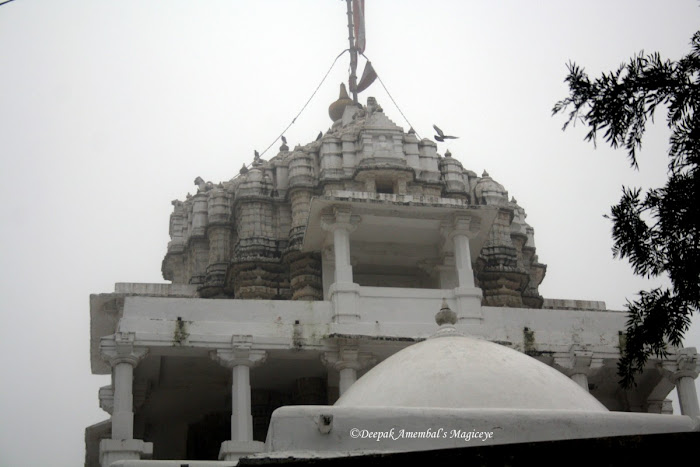 The Dilwara Temples are a complex of temples, carved of white marble, that were built between the 11th and 13th centuries AD.
The mountain is also home to several Hindu temples, including the Adhar Devi Temple, carved out of solid rock; the Shri Raghunathji Temple; and a shrine and temple to Dattatreya built atop the Guru Shikhar peak. 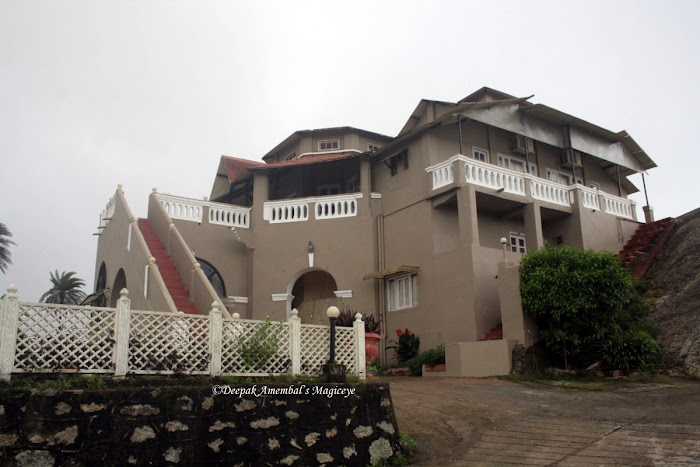 Checked in at Udaigarh Hotel, had some Punjabi food for lunch and set out for the famous Dilwara temples which were around 5kms away. These temples built by Chalukya between the 11th and 13th centuries AD are famous for their stunning use of marble. The five legendary marble temples of Dilwara are a sacred pilgrimage place of the Jains. The entry timings at the temple for visitors is 12pm to 6pm and no mobiles or cameras are allowed inside. This rule has been enforced after the Government take over who now have a big say in the affairs of the temple along with the trust. 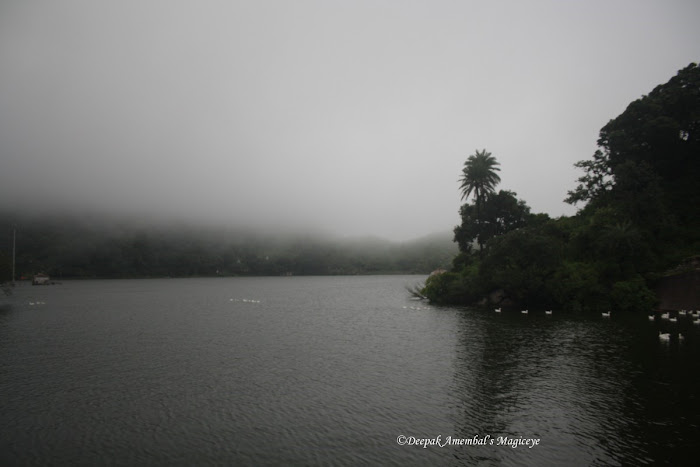 Then we drove to the Nakki lake which is supposed to have been dug out by the Gods with their nails! Mahatma Gandhi's ashes were immersed in this lake on 12th February, 1948 and Gandhi Ghat was constructed. 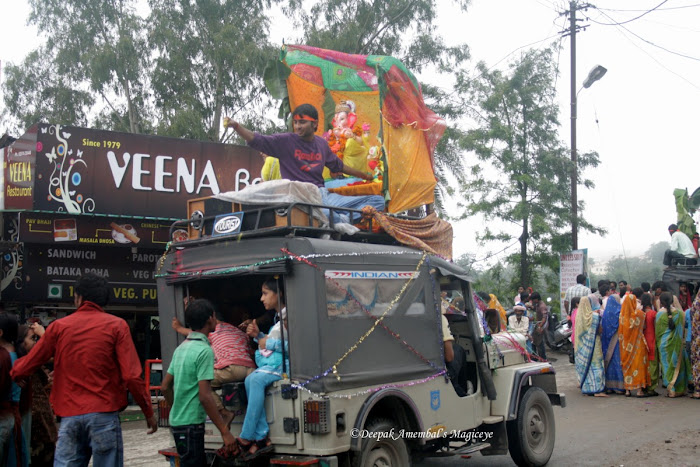 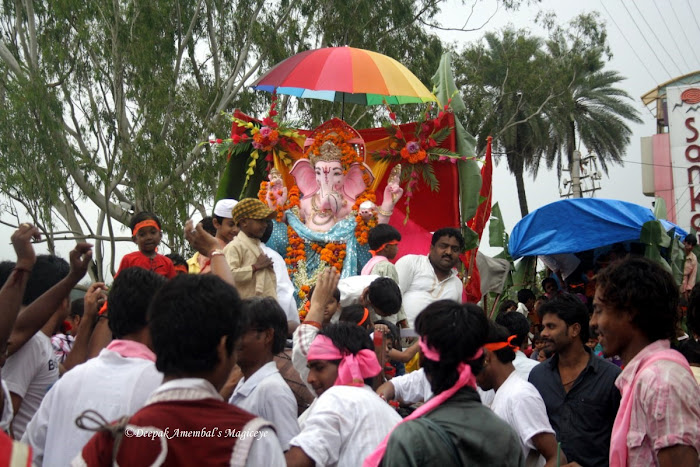 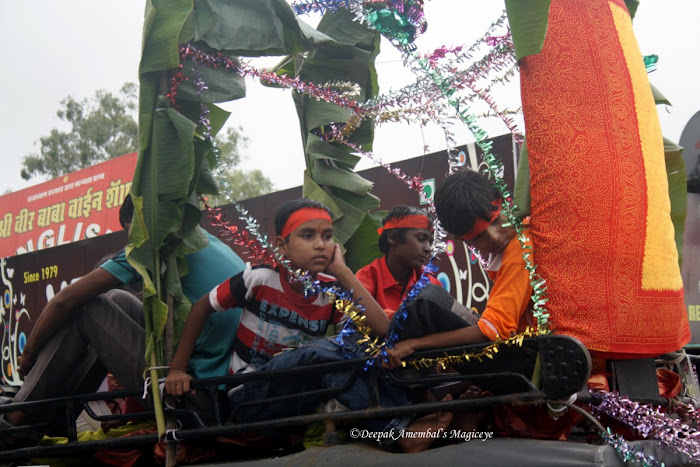 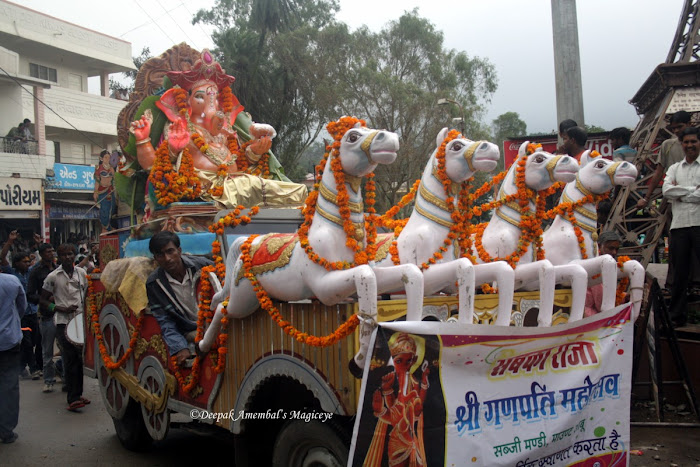 immersion with a lot of song and dance.
Started raining again so got back to the hotel and spent a quiet evening listening to news that it is raining heavily in Udaipur where we are heading for tomorrow!

We left home at 0630hrs on our Rajasthan odyssey on a rainy morning. 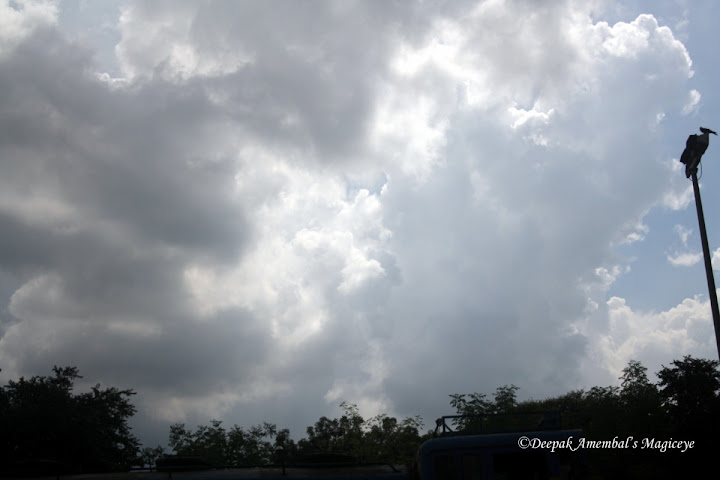 This rain followed us all the way to Ahmedabad. The truck traffic from Dahisar right upto Manor was dense and boggd us down. It took us 2 hrs to cover this distance of 80kms!
We had our breakfast in ‘Silver Mines’ a food court in Manor where it was ‘eat all you want’ for Rs.69/- only. Though the guy at the counter never has the small change and charges Rs.70/- and points out to a board which sternly states ‘Wastage will be charged Rs.200/-‘. So you take a plate and go to the spread where there are wadas, idlis, poha and dosas. To wash it down you can have coffee/tea/lime juice. If you want any without sugar you have to order a-la-carte. After a hearty breakfast and ensuring no wastage, we got on NH8 and did reached Ahmedabad our destination for the day at 1700hrs. We had rains on and off all the time. The roads were good after Manor and the truck traffic was not so bad.
Soon we got onto NE1(National Expressway 1) and halfway through noticed that we were low on fuel and there was no fuel pump anywhere on the way unlike the Mumbai Pune expressway where there are food courts along with fuel pumps in about 3 places. 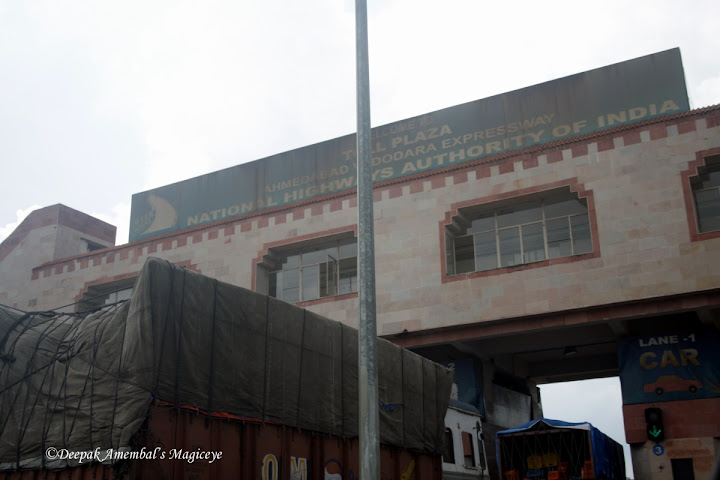 At the Nadiad exit we met a group of young workers who gladdened our hearts when he told us that there was a Reliance pump just before the Ahmedabad exit.
Then we went on the Ring Road to get to Greenwoods and Lakeview resort and got mazed! Finally reached the resort which is in an area away from the city bustle after a drive of 565kms from Mumbai. There is nothing available within a walking distance from the resort. So you have to have you meals there or drive some place far off. 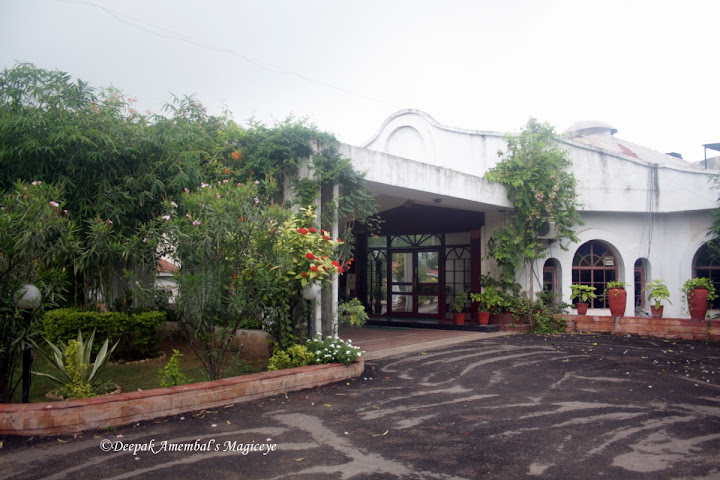 It is a beautiful resort with very friendly staff and wonderful food too. The only thing that irked me was you are fingerprinted while checking in! Seems it is the law of the land and have to abide by it. This after taking photocopies of our photo identification and signatures! Another thing that surprised me was that there was no Gujarati food available in their restaurant!
Spent a quiet evening in the hotel and dined on Punjabi food in Gujarat and retired for the day.
Next morning we would roll on to Mt.Abu – our 1st stop in Rajasthan!
Posted by magiceye at 10:04 AM 28 comments: