Drove into Gwalior in the afternoon. Was stunned to see guys driving or riding with rifles slung across their shoulders! Felt as if had gone back to the wild West, only difference being horses replaced by cars and bikes. 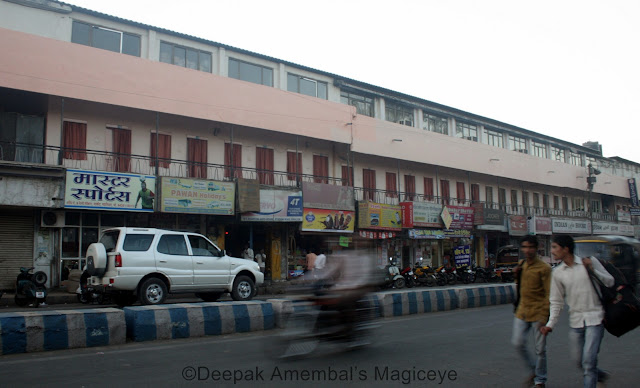 floor there is the famous India Coffee House. This was where I had the best coffee ever since entering Madhya Pradesh! You can also have all the South Indian delicacies like idli vada and dosas here. 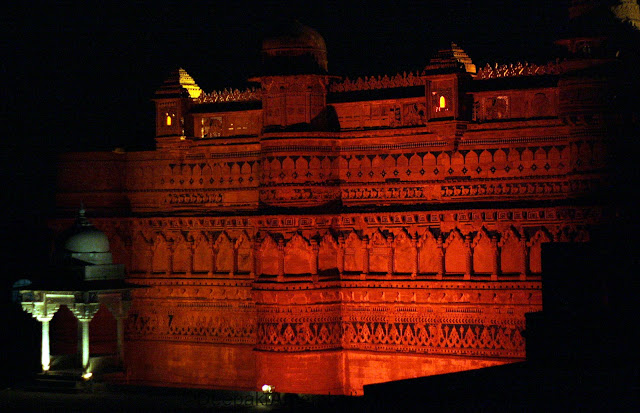 In the evening we went for the Son et Lumiere show at Gwalior fort which houses the Man Singh palace built by Man Singh Tomar in 1508A.D. It was very impressive and left a lasting impression of the fort’s history. 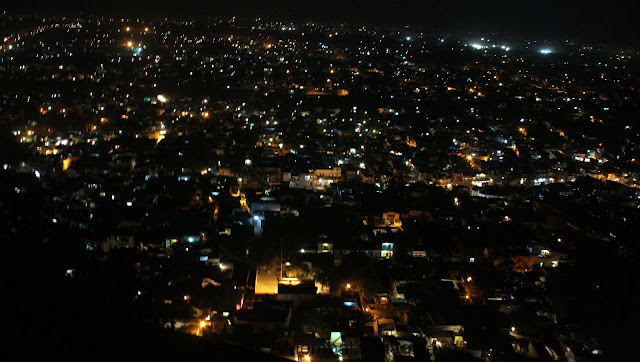 Gwalior city looked very pretty all lit up when seen from the fort.
Next morning we went on a guided tour of the fort and palace. 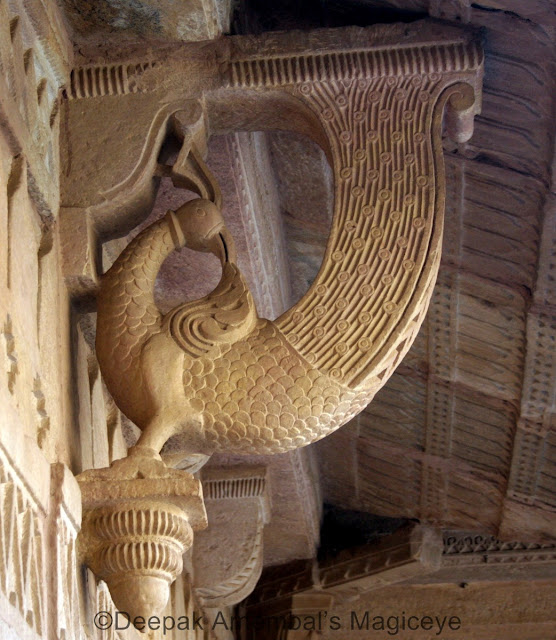 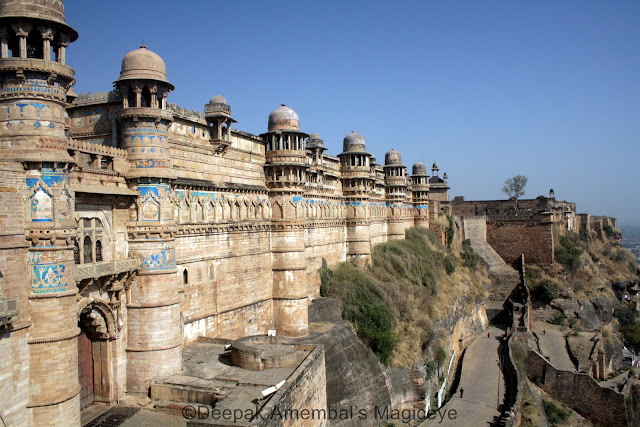 The palace is built on the outer wall of the fort raised over the cliff at about 300ft from ground level.
After an interesting tour of the palace we went to see the famous Saas(mother-in-law) Bahu(daughter-in-law) mandirs(temples) which are close to the fort. 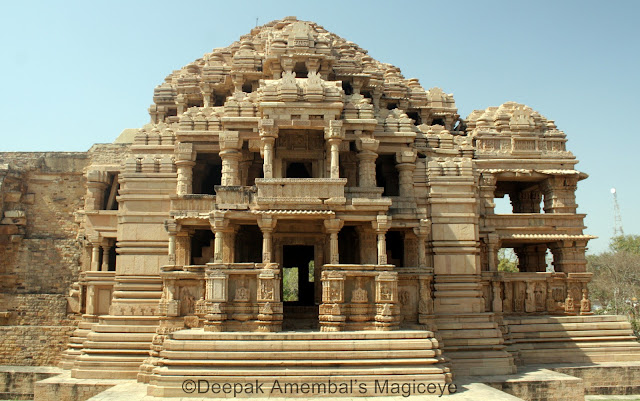 This has a very interesting history. Initially it was just one temple. It was named SahastraBahu, depicting a man with a thousand hands or Lord Vishnu. Lord Vishnu was worshiped by the wife of the Kachchhapaghata's king, but when his son's wife came, she became a devotee of Lord Shiva. 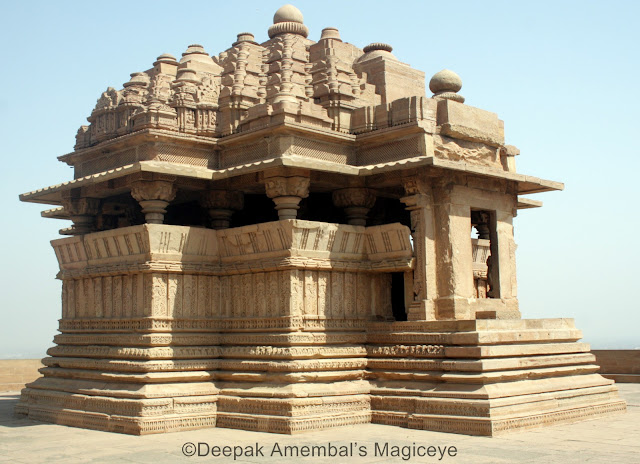 Thus, another temple beside Vishnu temple was built, where Lord Shiva was worshiped by the wife of the king's son. Collectively, these two temples were named 'Sas-Bahu temple'. 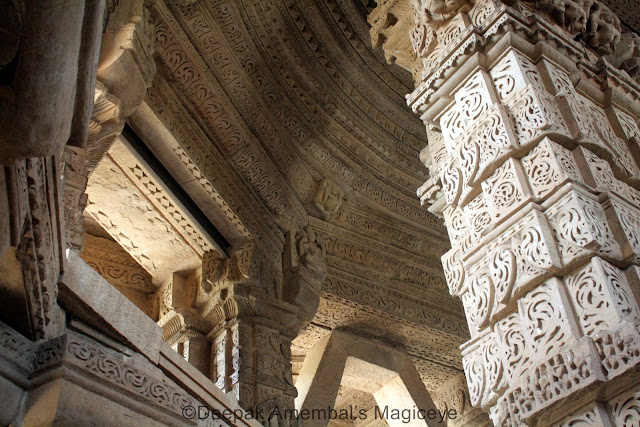 The carvings in the temples are marvelous!
We also visited a beautiful Gurudwara which had a ‘langar’ (free lunch for devotees) going on but we did not 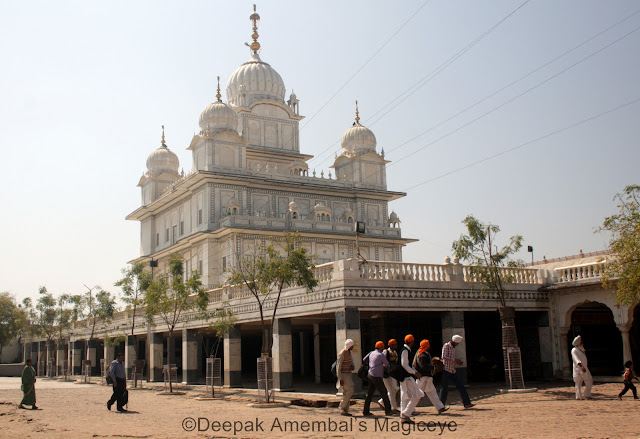 partake as we were in a hurry to go and check out the Jai Vilas Palace museum before the end of the day. 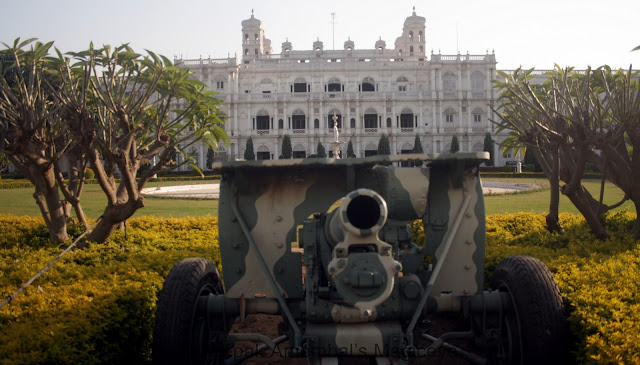 The Jai Vilas Mahal (or The Jai Vilas Palace) is one of India's most grandiose nineteenth-century palaces. It was built in 1875 by H. H. Maharaja Jayaji Rao Scindia (Shinde), the Maharaja of Gwalior and to this day remains the residence of the former royal Maratha family – The Scindias (Shindes). A part of the palace has 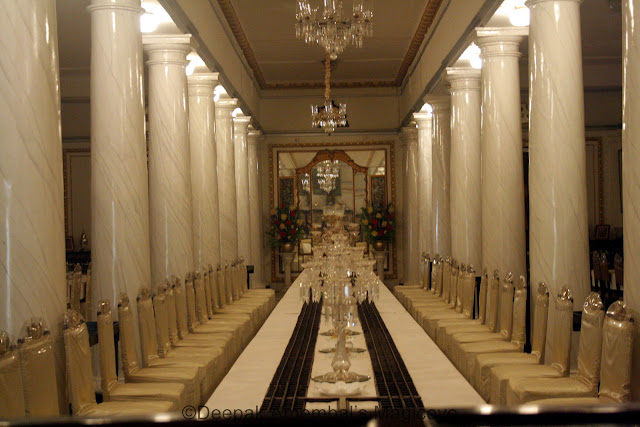 Jayaji Rao Scindia to dispense brandy and cigars after dinner.

How to reach Gwalior:

By train:
Gwalior railway station is a major rail junction on Delhi-Chennai and Delhi-Mumbai rail line. It is connected to almost all cities like Delhi (Ndls Shatabdi E), Mumbai (Mngla Lksdp Exp), Kolkata (Chambal Express), Chennai (Chennai Rajdhni) and Bangalore (Karnataka Exp). The railway station is located at the heart of the city.

By air:
Delhi International airport, which is nearly 319 km from Gwalior, is the main connecting airport for international travelers. Gwalior airport is well connected to all major cities in India and is just 8kms from the heart of the city.