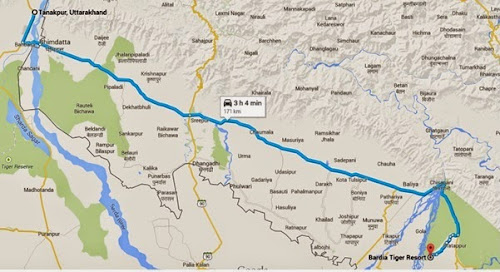 The ride to Tanakpur was delightful on winding mountain roads. In Tanakpur we stayed in the 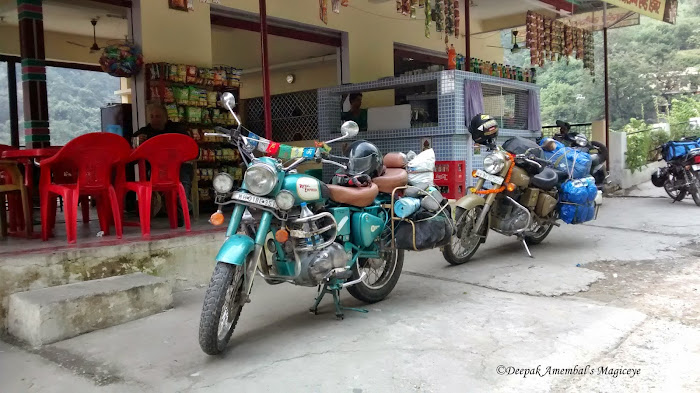 KMVN resort. It was a comfortable overnighter after which we started our journey to Nepal. Exactly seven months have passed since that day, and the recent tragic event of the devastating earthquake brought back fond memories of that wonderful country tinged with a lot of sadness.
Entry into Nepal was a hassle free affair. At the border after submitting copies of our driving licence, motorcycle registration and insurance papers we were waved through after paying the visa fees.
Our destination for the day was Bardia Tiger Reserve. The distance was not much and the road was 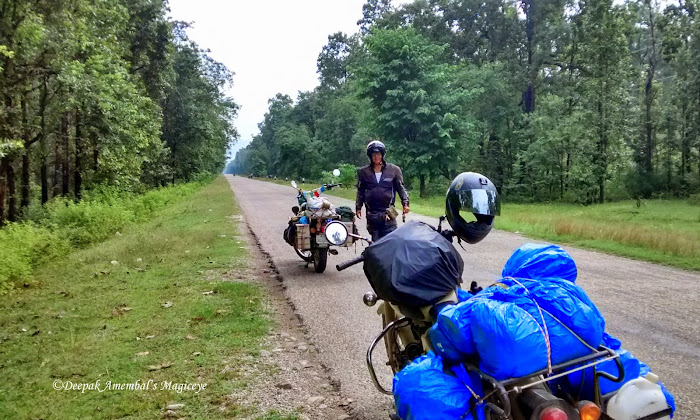 lovely! The famous Mahendra highway! Though it was just 2 lane the traffic was sparse and the surface wonderful. It was a ride through the dense forest hence the ambiance was very pleasant and no animals nor humans criss crossing the road except when we passed through villages. 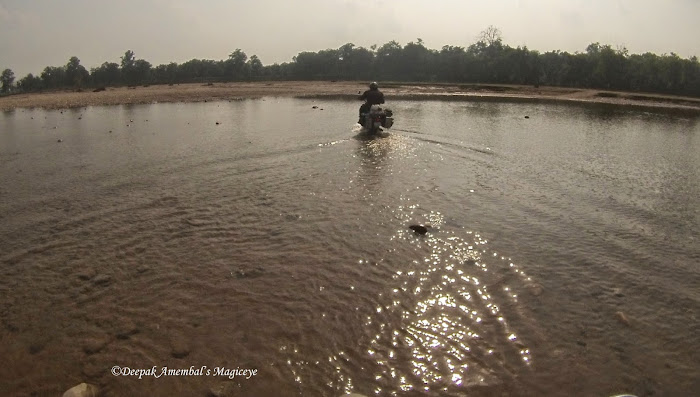 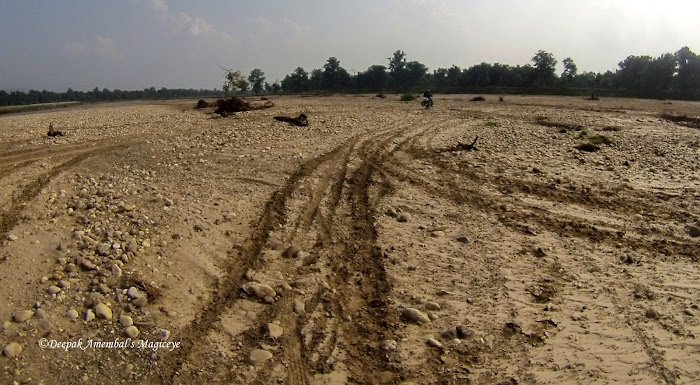 roading on paths which added to the fun of the ride. 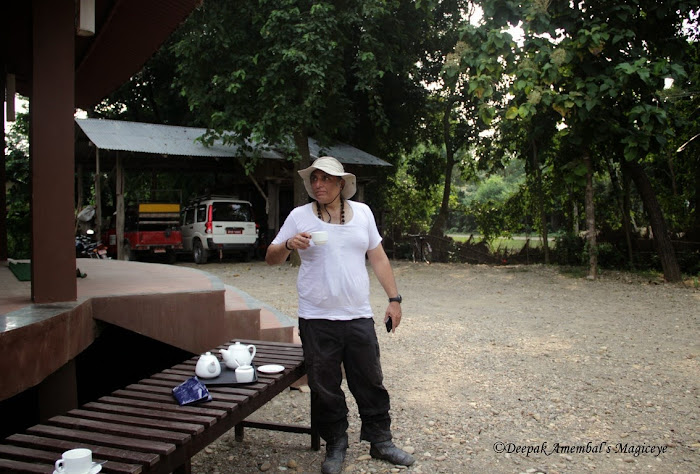 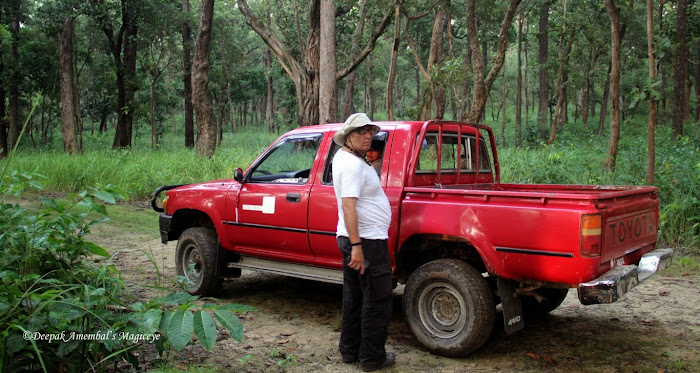 in a Toyota pick up van designed for jungle safaris. 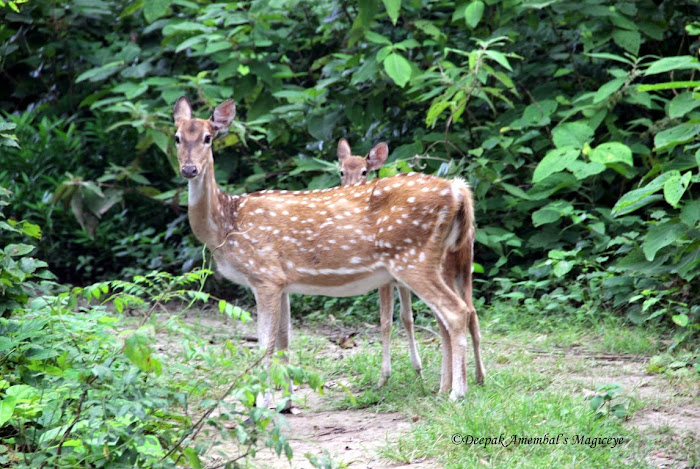 We were fortunate to spot deer and more deer but no tiger.
We returned to some delicious meals prepared by the resort staff at their inhouse restaurant and had a long restful night in a very comfortable room.
It had rained in the night and fortunately for us the resort staff had covered our bikes which still had the saddle bags with our luggage on, with tarpaulin that saved our clothes from getting wet.
Next morning we set out for Lumbini, the birth place of Buddha, after a sumptuous breakfast.

Velas on the Konkan coast.

The last hatchling turtle had waddled into the sea by the time we reached there. But Velas failed to disappoint us with its cleanliness and hospitality.
A couple of weeks back the three of us decided to ride down to Velas on the Konkan coast, though we were forewarned that we might not be able to catch the magical sight of the Olive Ridley hatchlings being released into the sea. We booked into a homestay from the list provided online by Velas kasav mitra mandal (Friends of turtles in Velas). 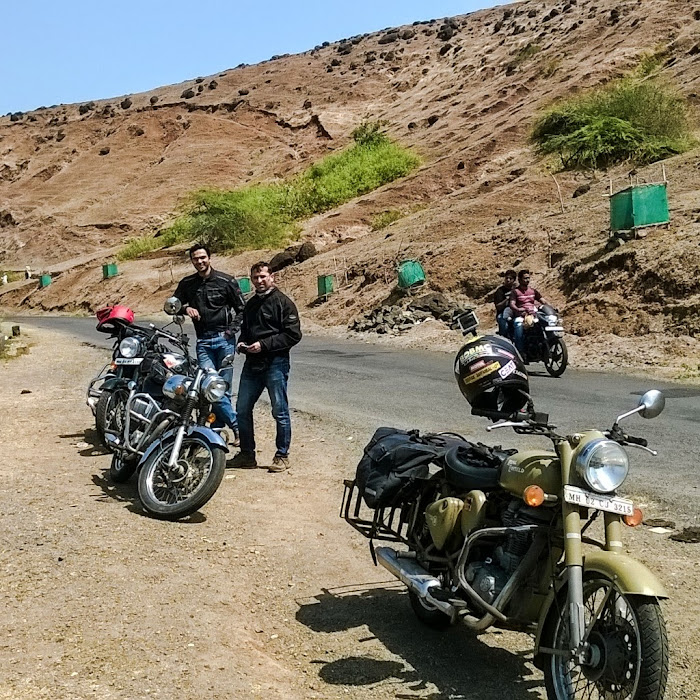 We decicded to take the MSH4 (Maharashtra State Highway) as against the NH17 and did not regret the decision as the beautiful sight of the sea kept us company right through from Alibag to Velas.

As we boarded the ferry at Agardanda with our bikes I realised I had a flat tyre.
After enquiries with the locals on board, we learnt that the nearest puncture fixer was around fifteen kilometres away from Rohini where we would disembark from the ferry. As soon as we disembarked the two Doctors (my fellow riders), one a Surgeon and the other a Physician, got on the job of removing the wheel, transporting it to the nearest puncture fixer and refitting the wheel with the puncture fixed with surgical precision. Soon we were ready to ride on and we did to catch another ferry ride at Bagmandala to Bankot. From Bankot it is another coast hugging ten kilometre ride to Velas. 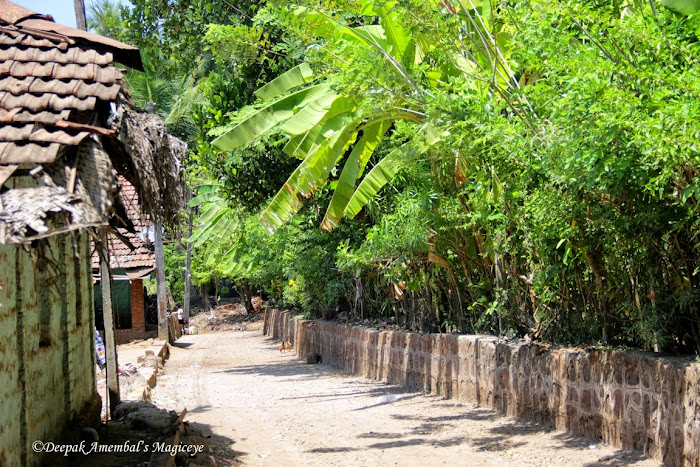 Velas surprisingly was a very clean village and did not have any hotels or restaurants. Their economy revolved around homestays and almost all the homes along the single street that we saw seemed self sufficient with their own cattle, coconut and betel nut palms along with a garden patch where they grew their own vegetables. Every home we visited proudly showed off their newly built toilets!
We checked into Omkar homestay, possibly the only one which offered rooms. All the other homestays had only dormitories on offer.  The cleanliness was impressive. The room was small and basic and so was the charge for it. However the comfort level was high.
As we had reached late for lunch the hosts offered us ‘Ghavan’ the local dosa which was delicious with a pot of ghee and ‘thecha’(pickle) on the side.
There was no mobile connectivity in the village and the cables connecting the landlines were down hence we were guided to a place a couple of kilometres away where we could connect with our loved ones at home and inform them of our having reached and also the lack of connectivity. We had walked that distance in glorious moonlight and the walk had also generated a healthy appetite that was whetted by some delectable vegetarian fare of typical Malvani dishes.
Despite the onset of summer the temperature was very pleasant  hence we slept well and woke up to a sumptuous breakfast of ‘kanda pohey’ that was served with pickles and papad!
We walked to the beach that was around fifteen minutes away and saw the empty enclosure where the 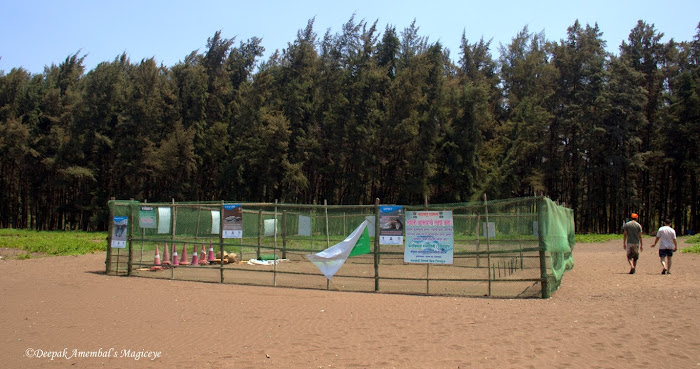 turtle eggs were protected and hatched.
The beach was again surprisingly clean and as the sea was welcoming we got in for a dip. It was

refreshing. Having spent some time in the sea we got out, dried ourselves in the sun and breeze and started the walk back under the hot sun. We walked straight to the only home that serves beer in the 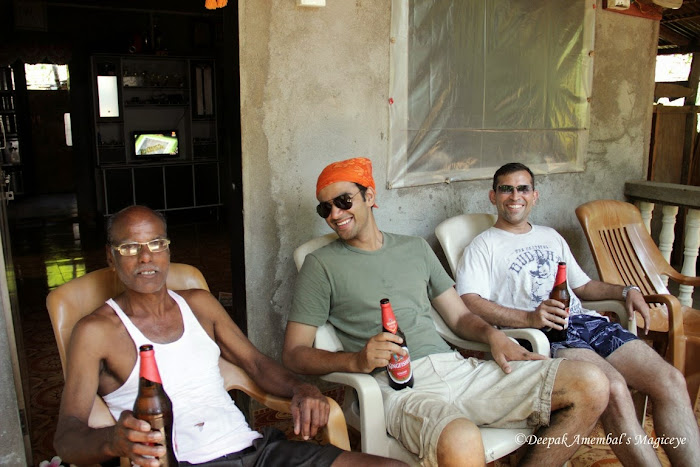 village. We were the guests of honour there! They were so happy to have us that they did all they could to make us feel comfortable.
We actually spent a day unwinding and were totally relaxed. The dinner they served was finger licking good. Malvani style chicken curry with vada(thick small puris) and rice.
For our return journey we decided to change our route as the Rohini Agardanda ferry was not reliable (it would abruptly stop operations) and so we rode via Mhasala, Mangaon, Nagothane, Pali, Khopoli and Mumbai. The ride here too was lovely as there were plenty of twists and turns on narrow roads on the hills and we were back home rejuvenated in time for a hot cuppa chai.
Posted by magiceye at 6:34 PM 28 comments: