If Uttarakhand has its Valley of Flowers, Maharashtra has a plateau of flowers in Kaas, Satara. The Kaas Plateau also known as "Kaas Pathar" is situated in the Western Ghats’ Sahyadri range, around twenty six kilometres from Satara city. The name Kaas originates from Kaasa tree (Elaeocarpus glandulosus). The leaves of this tree turn from green to red as they mature and the tree gets white flowers only for 15 days in the month of March. The area of the plateau is approximately a thousand hectares. This falls under the Sahyadri sub cluster of Western Ghats which is now a UNESCO World Heritage Site. In June 2012 UNESCO has announced this location as a Biodiversity World Heritage Site.  Kaas plateau is classified under VOLCANIC PLATEAUS which are produced by volcanic activities. These plateaus are mainly formed by two types of rocks namely basalt rock and porous lateritic rock which is a red coloured stone rich in iron and aluminium allowing most of the water to seep through or drain off. There is only a thin layer of soil which supports vegetation only during the rainy season which makes Kaas a unique ecosystem. Kaas is one of the hotspots of biodiversity. 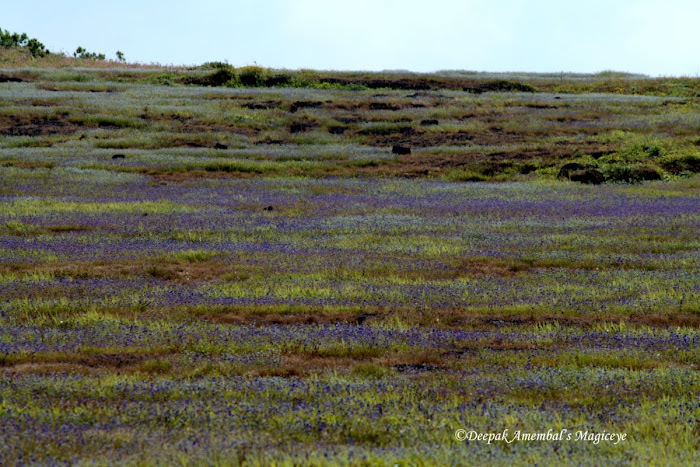 At the fag end of the monsoons from mid-August to October for a short period of time, the Kaas plateau blooms with a variety of flowers in a beautiful display of colour carpets. You will find different coloured flowers during every morning and evening. 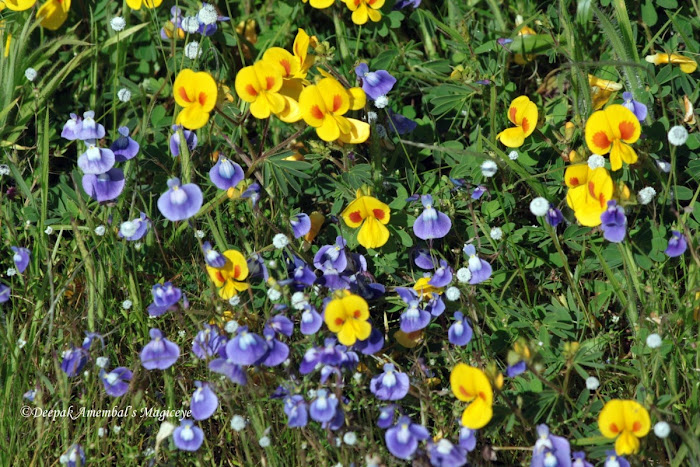 According to Dr.Sandeep Shrotri, there are over 1,500 types of plants in Kaas – 156 botanical families, 680 genera, 1452 species, 400 medicinal plants, and about 33 endangered varieties in Kaas and the neighbouring Koyna area.
Having heard about the carnival atmosphere that prevails on weekends, we visited Kaas on Sunday and 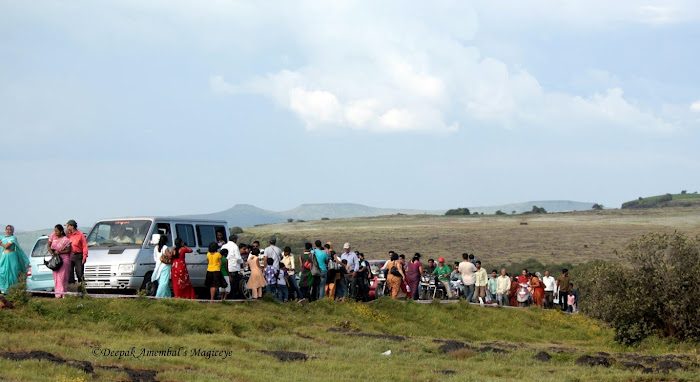 Monday. We were distressed to see the hordes of tourists trampling over the flowers, setting out carpets to have their snacks on the beautiful floral carpet of nature. On weekends the authorities do not allow car parking on the plateau and you have to park a couple of kilometres away where parking space is provided. From there you have an option of taking a State Transport bus for a reasonable fare to go to the plateau or you can walk since it is not a very long walk. It took us about an hour to cover a distance of about 5kms and reach the parking spot. Such was the traffic! Since we had planned to visit it on Monday too, we decided to 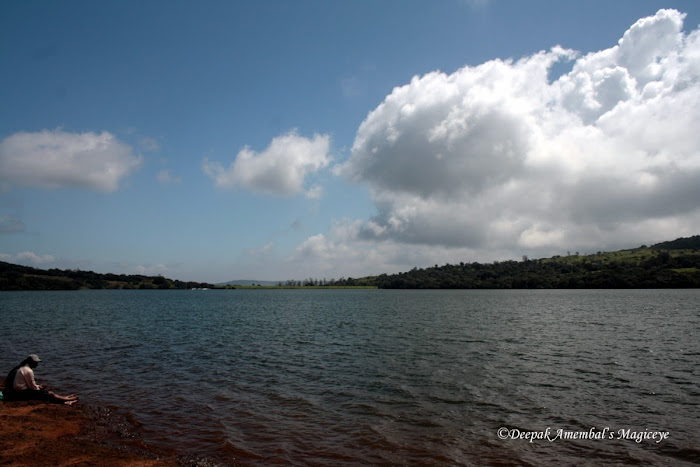 drive through and visit the Kaas lake on the other side. This is indeed a beautiful, serene place. Among the locals, Kaasa means a lake and there is a beautiful serene lake as you get down from the plateau and this could be another reason for the place being named “Kaas”. The Kaas Lake is a perennial source of water supply to the western part of Satara city.  It also has a tapri (roadside kiosk) selling ‘dabeli’, ‘bhelpuri’ and chai. Nothing, fortunately is available on the plateau itself.
After spending a restful night in a hotel in Satara, we had a sumptuous breakfast of ‘kandey pohey’ and checked out and were on our way yet again to revel in the colours of Kaas plateau. 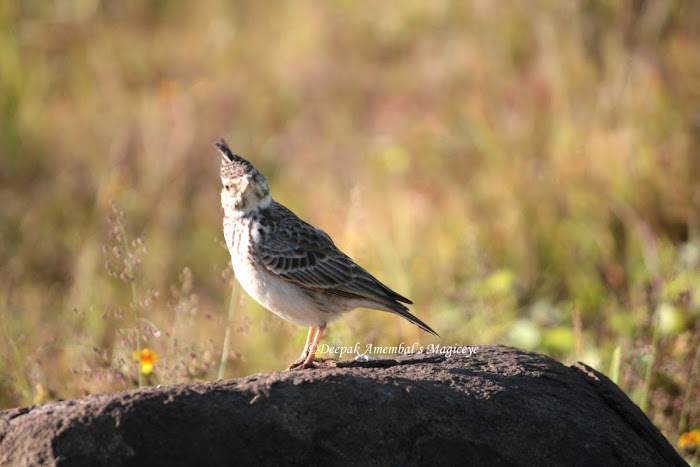 On the way my birder friend Nandan who blogs at Timenplace, showed me plenty of birds all along the way and on the plateau too.
It was such a pleasant sight when we reached the plateau and saw that there were barely five to six people.

We parked and went along the paths on the plateau, clicking the beautiful colourful flowers and the awe inspiring landscape.
This plateau is a must visit for all nature lovers, birders and photography enthusiasts.

By Train: Satara is the nearest Railway Station and is well connected by Indian Railways. The Kaas plateau is around 30kms from the Satara Railway Station.