Our first visit in the heart of Incredible India – Madhya Pradesh, was Burhanpur where Mumtaz mahal, wife of Shah Jahan the great Mughal emperor, was buried. She died in Burhanpur in 1631 while giving birth to 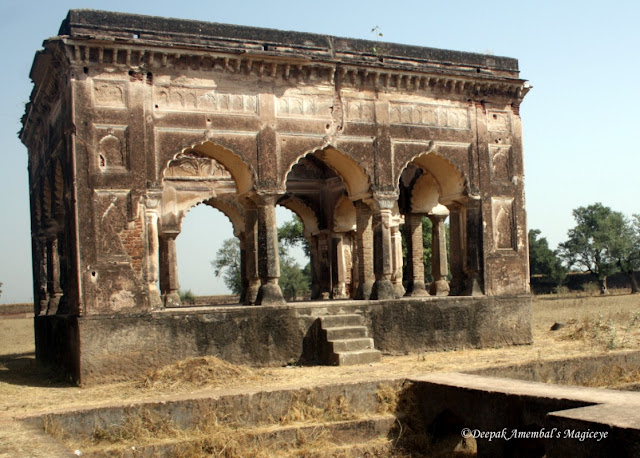 their 14th child, princess Gauhara. The queen's body rested here for several months until it was disinterred and taken to Agra to finally rest in peace in the glorious Taj Mahal. Unfortunately this monument is totally neglected and am sure that, given the due importance and publicity, it can attract a lot of tourists. When we visited we were the only visitors!

It is in the Ahukhana  or deer park, which is an enclosed garden with tanks and pleasure houses constructed during the reign of Shah Jehan(1627-58).

Across the river Tapti is the Shahi Qila. The ruins of this palace fort is maintained beautifully with rose 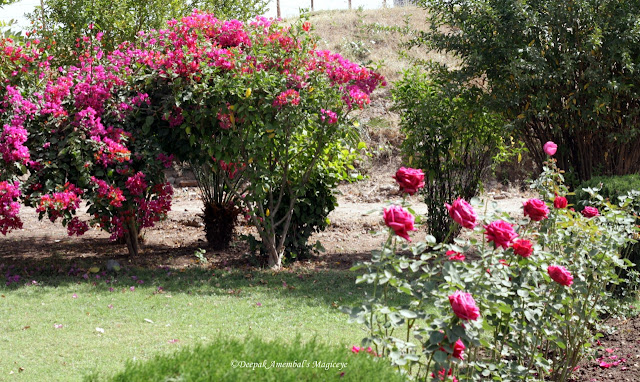 gardens and offers some excellent views from top.

History of the Shahi Qila states that it was originally built by the Farooqui rulers and where Shah Jahan resided when he was the governor of Burhanpur. Shah Jahan became so fond of the fort that it was here, in Shahi Qila that he established his court for the first three years of his ascending the throne. Shah Jahan spent a considerable time in this city. 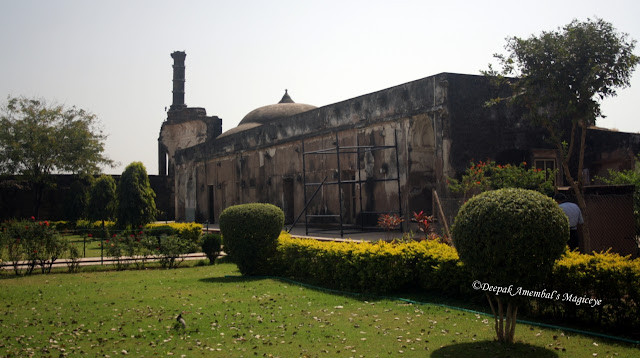 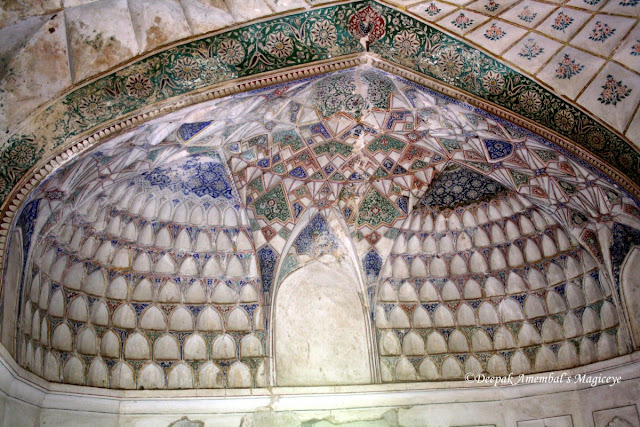 Mumtaz to bathe in luxury. It still has some beautiful paintings on the ceiling.  One of these paintings depicts a monument which is said to have been the inspiration for the Taj Mahal.
Twenty kilometers from Burhanpur is Asirgarh – popularly known as the ‘Key to Deccan’ as the fortress 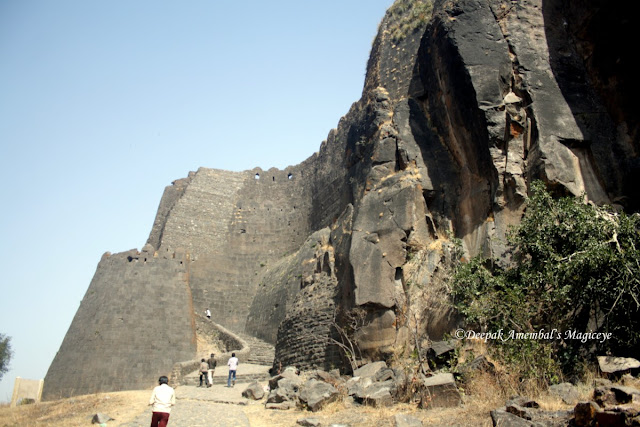 overlooks a pass through the Satpuras, which connects the valleys of the Narmada and Tapti rivers, one of the most important routes from northern India to the Deccan. 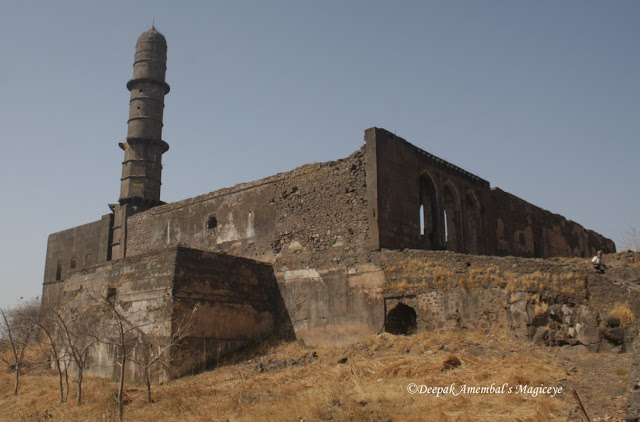 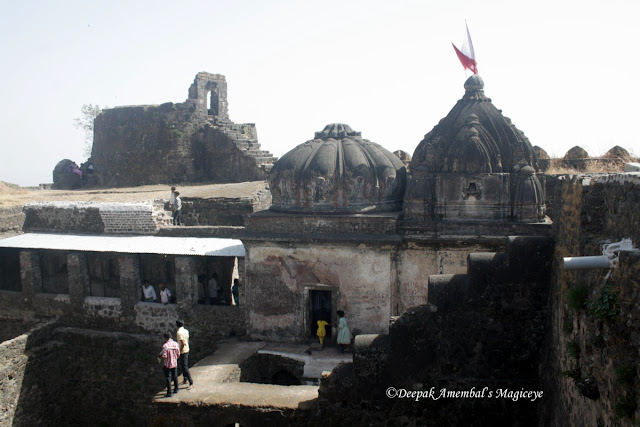 There is a Masjid and a Shiva temple which are relatively intact and being used for religious purposes. 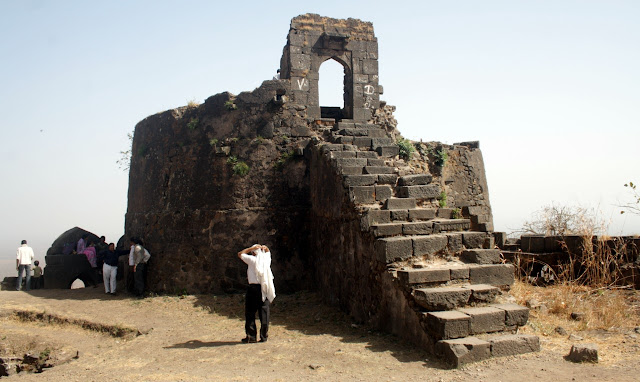 Just opposite the temple is the point where criminals would be hung, and once dead, thrown over the cliff.
This fort has a long history and as per the local legend Ashwathama (character from Mahabharat) used to come to the temple daily and pray to Lord Shiva! 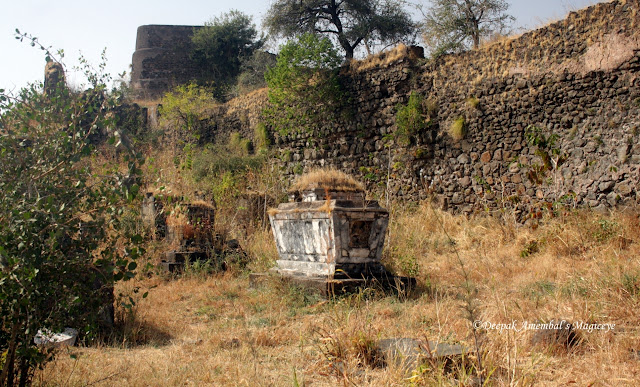 One can also find a graveyard of the British with some intact tombstones that will give you an idea of the time when the British had occupied this fort. 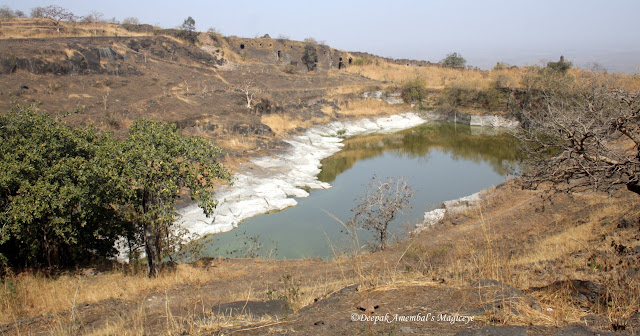 The presence of a couple of huge natural water tanks must have been a good supply point of water for the residents of the fort even when beseiged.
Burhanpur sure takes you back a long way into history and is the perfect introduction to Madhya Pradesh – the heart of Incredible India! It is well connected by rail, road and air.

Burhanpur is around 200kms south of Indore, 73kms from Bhusawal, 400kms from Nagpur and 500kms from Mumbai.
View Larger Map
Posted by magiceye at 12:00 PM 35 comments: