Our next stop was Mandu, a distance of around 70kms from Maheshwar.

Mandu or Mandavgad is an ancient city in ruins in western Madhya Pradesh. This fortress town which is around 100 km from Indore is celebrated for its fine architecture.
It was an important military outpost and its military past can be gauged by the length of its wall, which is nearly 37 km with 12 gateways.
Apparently, Mandu was a fortified city even in 6th century BC but gained prominence in 10th and 11th century under the Parmars who called it Mandavgarh. It has had a long history under various Rajputs, Mughal rulers and the Marathas but once the capital of Malwa was shifted back to Dhar by the Marathas under Maharaja Pawar, the slide in Mandu's fortunes that had begun with the absconding of Baz Bahadur, plummetted.
There is plenty to see in this wonderful city. Some of the must see monuments are

The Jahaz Mahal or Ship Palace which is situated between two artificial lakes. This two storied architectural marvel is so named as it appears as a ship floating in water. Built by Sultan Ghiyas-ud-din-Khilji, it served as a harem for the sultan. 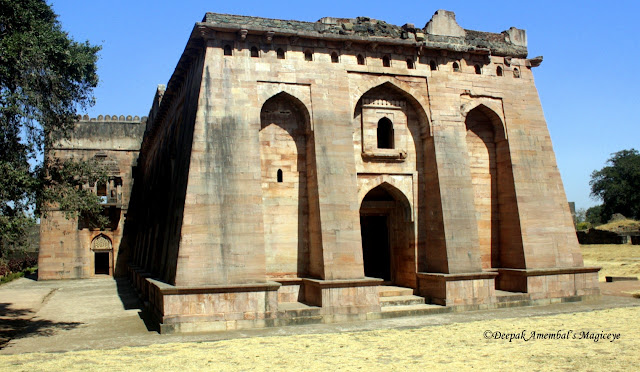 Hindola Mahal or Swing palace is so named due to its sloping side walls. The Hindola Mahal might have been constructed during the reign of Hushang Shah about 1425 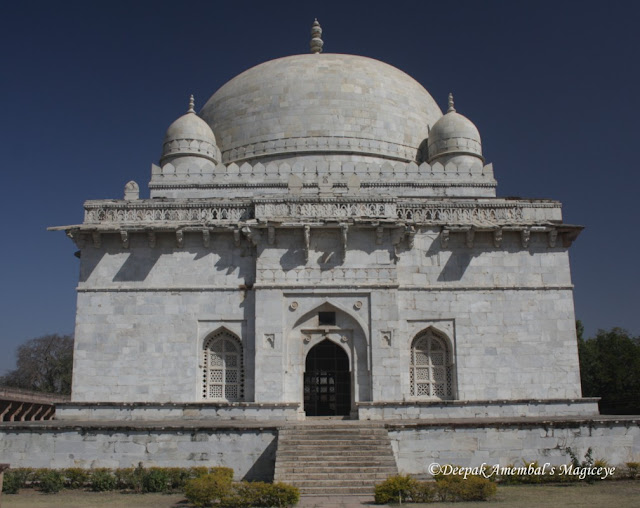 Hoshang Shah's Tomb - India's first marble structure, it is one of the most refined examples of Afghan architecture. Its unique features include the beautifully proportioned dome, intricate marble lattice work and porticoed courts and towers. It served as a template for the construction of Taj Mahal in Agra.

Jami Masjid - Inspired by the great mosque of Damascus, this beautiful structure is striking in both its simplicity and architectural style with its large courtyards and grand entrances. 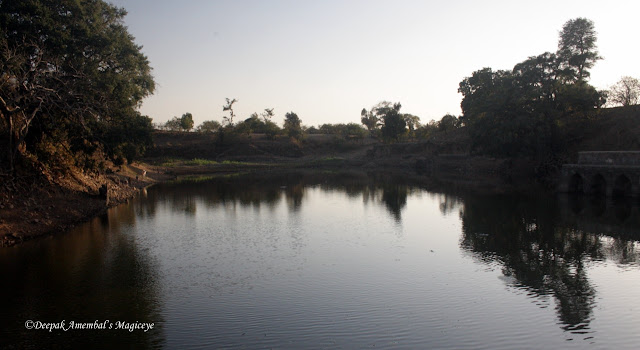 A reservoir constructed by Baz Bahadur for the purpose of supplying water to Rani Roopmati's Pavilion.

Roopmati's Pavilion - A large sandstone structure originally built as an army observation post it is known today as Roopmati's Pavilion. Rani Roopmati - the love interest of Baaz Bahadur lived here and is said to have gazed at the Baz Bahadur's Palace - situated below and also at Narmada river, flowing through the Nimar plains far below, a river which the queen revered. 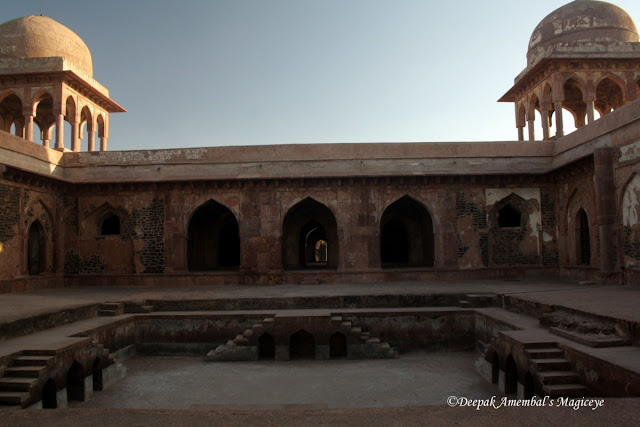 Baz Bahadur's Palace - Built by Baz Bahadur, this 16th-century structure is famous for its large courtyards 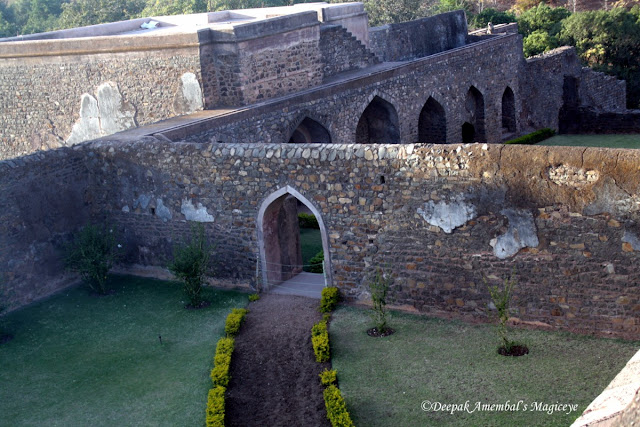 encompassed by large halls and high terraces. It is situated below Roopmati's Pavilion and can be seen from the pavilion.

Getting there:
By air - Indore Ahilyabai Holker Airport is the nearest airport to Mandu. Mandu is about 100 km from the airport.

By rail - Nearest railhead is Ratlam railway station, which is about 125 km away from Mandu. This station is well connected to the rest of the major cities in India and is an important junction in the western railways.