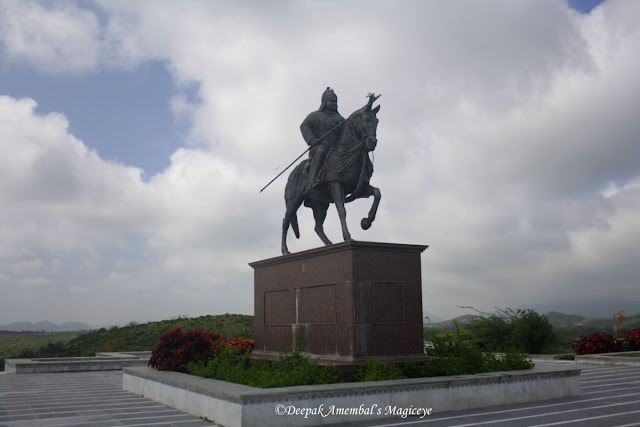 Haldighati where we saw the memorial for Maharan Pratap and another one for his horse Chetak. 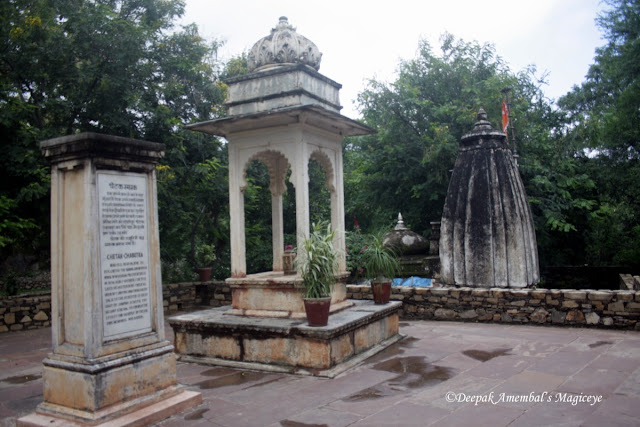 A few metres away from the memorials is a beautiful museum of Maharana Pratap’s life – worth a visit. 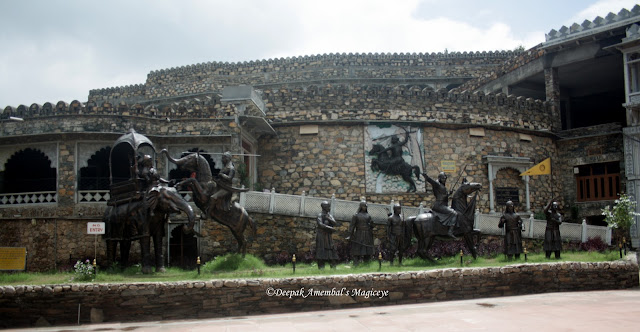 It is maintained by a private individual. There is a cool restaurant there where we had some hot samosas and Parathas washed down by a hot cuppa. 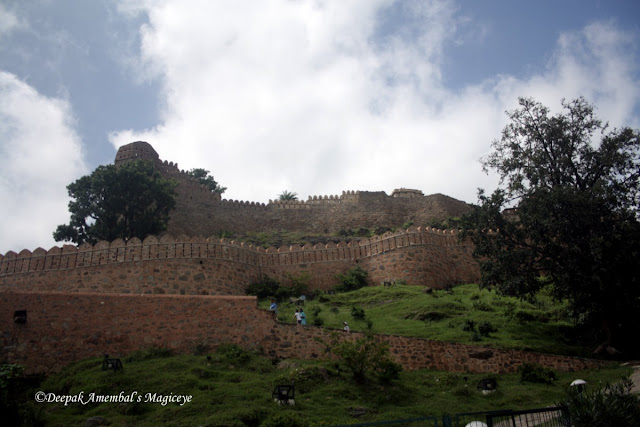 The birthplace of Maharana Pratap - Kumbalgarh fort was next. 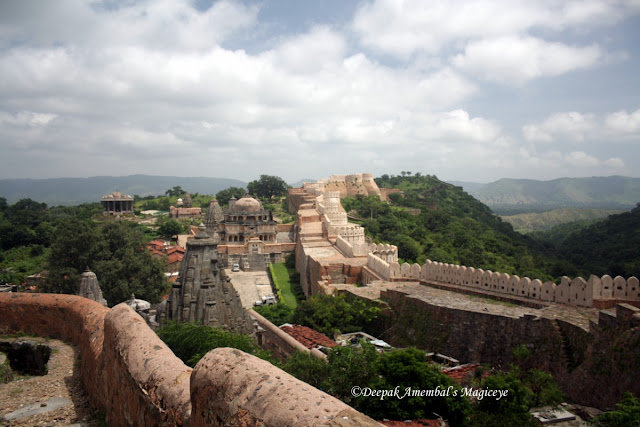 The fortifications of the fort extend to the length of 36 kilometers. It is stated to be the second longest wall in the world, the first being ''the Great Wall of China''. 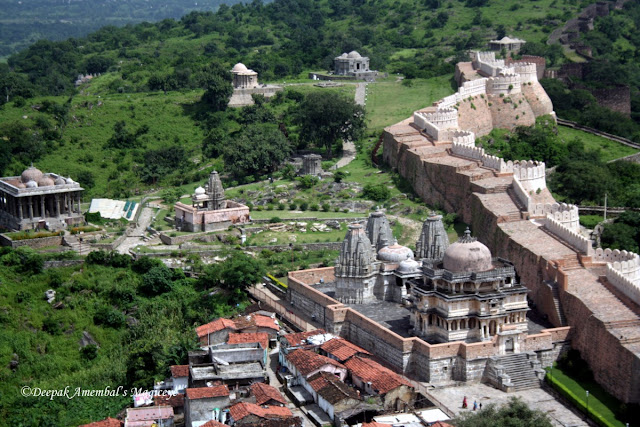 Kumbhalgarh (also called Kumbhalmer or Kumbalgarh) is a Mewar fortress in the Rajsamand District of Rajasthan state in western India. It was built during the course of the 15th century by Rana Kumbha and his dynasty who were Sisodia descendents.

Ranakpur temple complex was the last place to visit before reaching Jodhpur. Saw some amazing 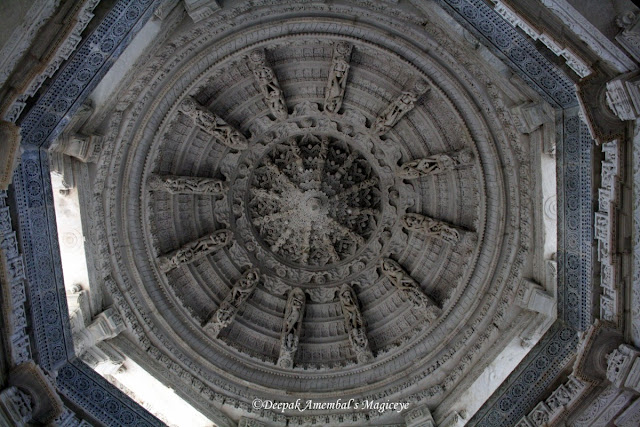 craftsmanship on display there. Remember, if you are wearing shorts you are requested to hire pyjamas from there prior to entering the temple premises. The entry fee is only for cameras. No charges for visitors.
This renowned Jain temple at Ranakpur is dedicated to Adinatha the first Jain Tirthankar (enlightened human) of our time cycle. 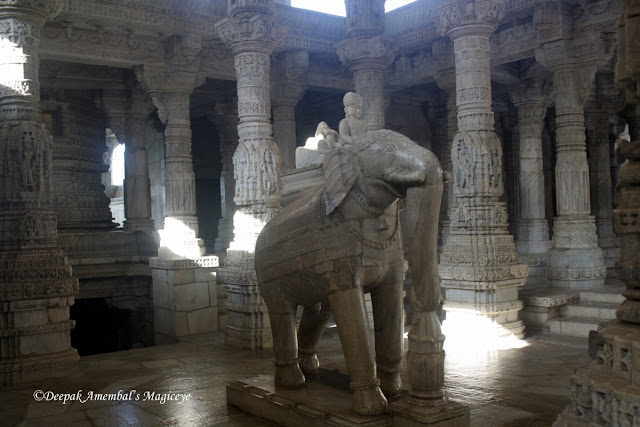 Light colored marble has been used for the construction of this grand temple which occupies an area of approximately 60 x 62 meters. 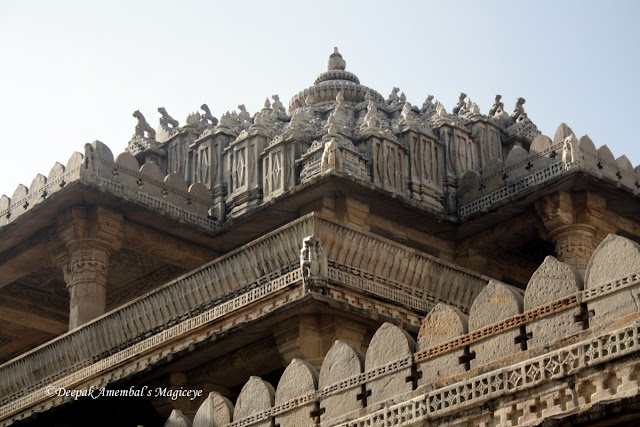 The temple, with its distinctive domes, shikhara, turrets and cupolas rises majestically from the slope of a hill. 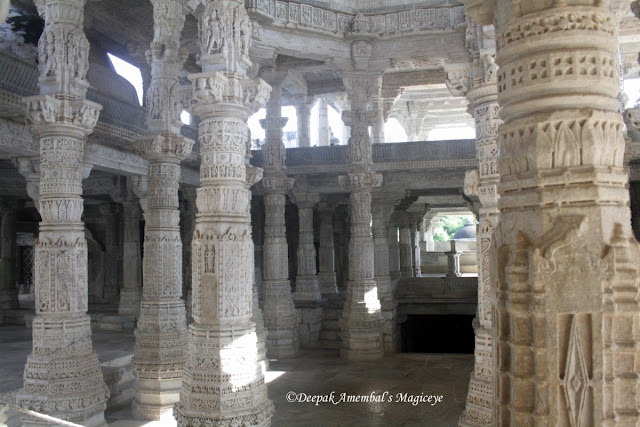 Over 1444 marble pillars, carved in exquisite detail, support the temple. The pillars are all differently carved and no two pillars are the same. It is also said that it is impossible to count the pillars. Also all the statues face one or the other statue. 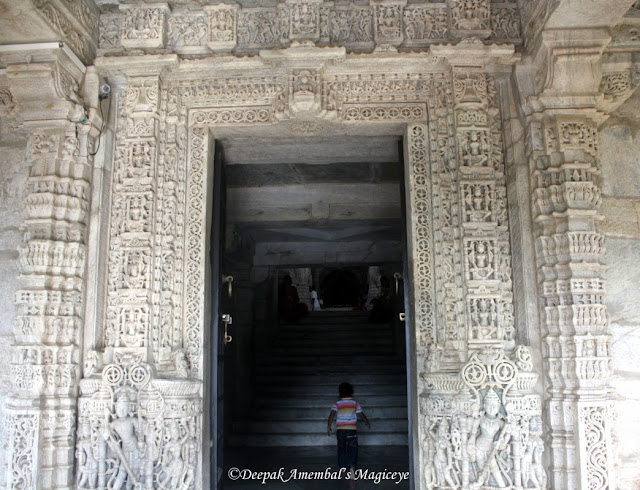 The temple is designed as chaumukha—with four faces. The construction of the temple and quadrupled image symbolize the Tirthankara's conquest of the four cardinal directions and hence the cosmos.
The dating of this temple is controversial but it is largely considered to be anywhere between the late 14th to mid-15th centuries.
Inspired by a dream of a celestial vehicle, Dhanna Shah, a Porwad, is said to have commissioned it, under the patronage of Rana Kumbha, then ruler of Mewar.
The architect who oversaw the project is said to have been named Deepaka.
The road from Ranakpur to Jodhpur via NH14 & NH65 was pockmarked with potholes. Bad. Distance of 171kms.
Reached Jee Ri Haveli at 9.30pm, tired but happy, after covering a distance of 307kms from Udaipur.
Had a quick dinner on the roof top restaurant and crashed out.