Would never have thought that I could see a part of Tibet in Karnataka! But it does exist! Bylakuppe is home to two of the many Tibetan settlements in India, established by Lugsum Samdupling (in 1961) and Dickyi Larsoe (in 1969).  It is located to the west of the Mysore district in the Indian state of Karnataka. The twin town Kushalanagara is about 6 kilometers from Bylakuppe. 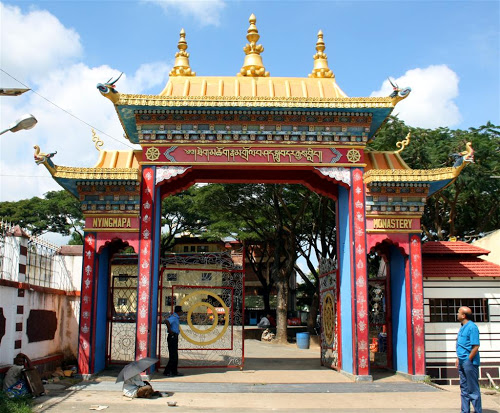 Bylakuppe is the 3000 acres of land that was leased out by the Indian Government to the fleeing Tibetans in 1961 and they are here to stay! It is the largest Tibetan community in exile with about 40,000 people in five settlements containing monasteries, kindergarten to higher level secondary schools, health care clinics, a hospital and a traditional Tibetan medical facility. 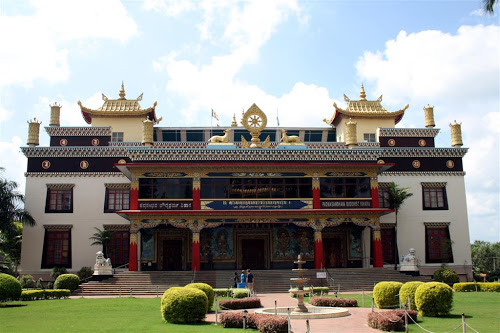 The most visited temple here is Namdroling (The Golden Temple) 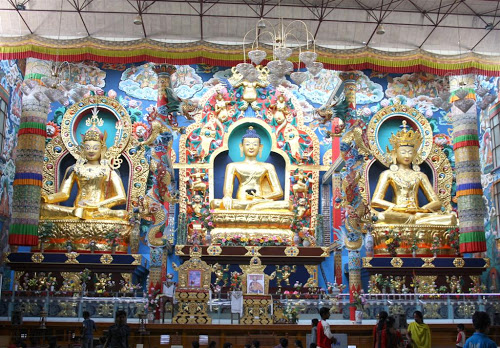 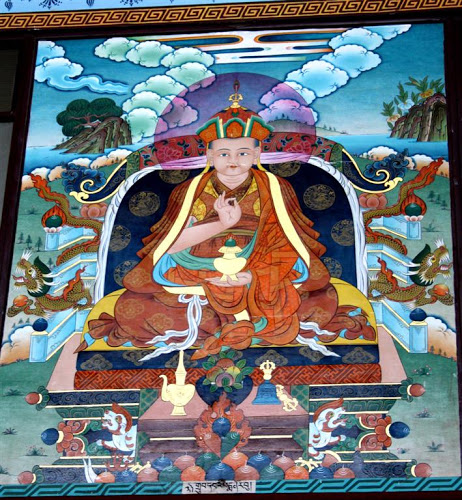 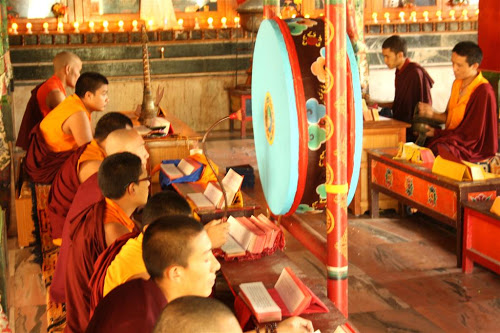 The one thing that one must witness is the prayer of the monks. The harmony of their chants is enchanting. 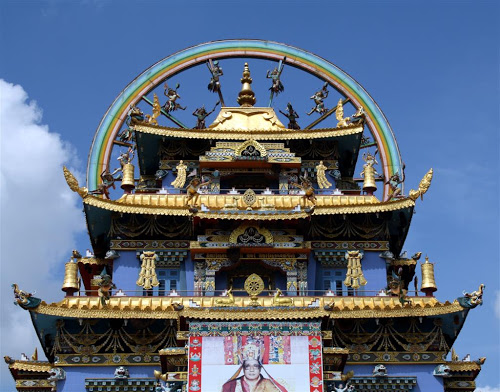 The exterior of the new Zangdokpalri temple looks majestic with a majestic rainbow arch.
We are so used to being told not to photograph the idols in temples, that the ready willingness of the monks to let the idols in their temples being photographed is such a pleasant and welcome surprise.
If you wish to taste Tibetan food you can do that too! There are restaurants in there where you can indulge your adventuorous tastebuds.
All this was amazing alright but then due to shortage of time we missed going to Dubare Elephant camp that was just 40kms away. However this wonderful video by Godrej Cinthol has given a glimpse of what we


missed. An elephant bath! So if you are ever going anywhere near Madikeri, do not forget to go to Dubare and bathe and be bathed by an elephant! Sure feels to be Alive is Awesome! Once you get back to your room use the real cool Cinthol soap to feel refreshed after the bathing with the elephants experience!
Posted by magiceye at 2:58 PM