“Travel isn’t always pretty. It isn’t always comfortable. Sometimes it hurts,  it even breaks your heart. But that’s okay. The journey changes you – it should change you. It leaves marks on your memory, on your consciousness, on your heart, and on your body. You take something with you… Hopefully, you leave something good behind.”  So says Anthony Bourdain.
The above quote is very relevant to our journey specifically from Gorakhpur to Kathmandu. Read on to see why.
We started off early from Gorakhpur as we were advised to cross Narayanigadh by noon as that road would be closed later for resurfacing. We also had to get permits for our vehicles at Sonauli, the border town between India and Nepal, and we were not sure how long that would take. So off we drove on lovely roads yet again towards OYO rooms in Kathmandu, Nepal. Enroute we witnessed a 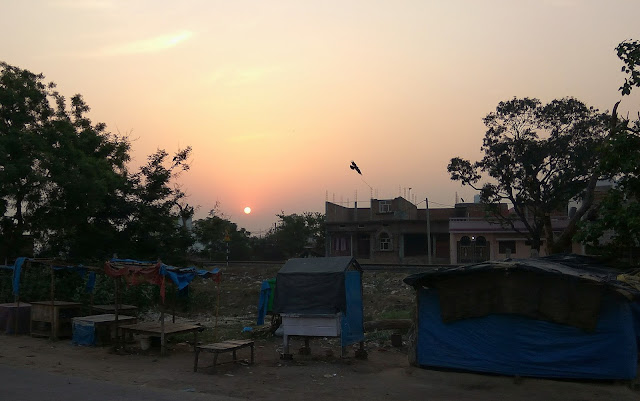 magnificent sunrise and soon we arrived in Sonauli. 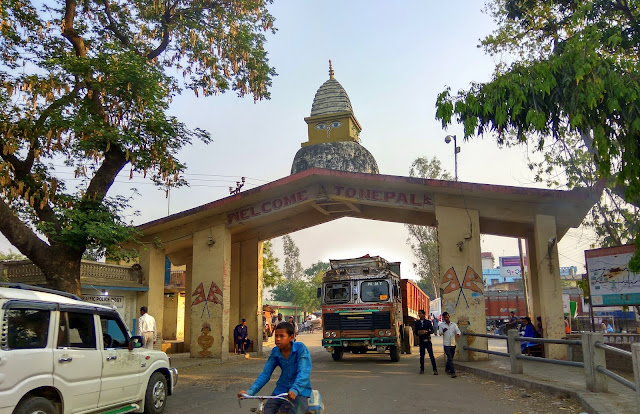 Our Scout My Trip captains got busy in getting the permits for the vehicles and Nepal SIM cards for us. Before we could say #HelloNepal  we were ready to move on and bid farewell to India and once again the decent roads welcomed us into Nepal. 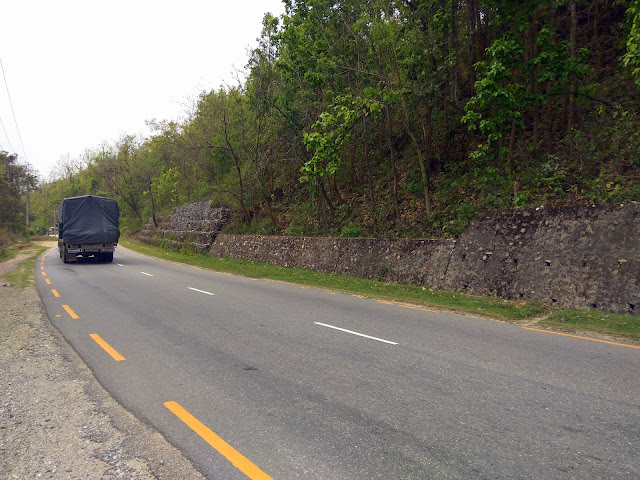 Apparently the Universe was listening to some of us complaining of boredom due good but boring roads and conspired to give us an experience to remember!
The shortest route from Sonauli to Kathmandu was around 280kms but the catch here was that you had to cross Narayangarh before noon. This road would otherwise be closed due ongoing road repairs and resurfacing. And, if we managed to make it, it would take us around 8 hours to cover the 280kms. The roads so far were excellent and scenic too! We made a quick pit stop for breakfast  and reached Narayangarh at 11.30am, half an hour before scheduled time. But then on a road trip barely anything goes as per plan, isn’t it? We saw a queue of trucks parked on the road and in true Indian style overtook all of them to be right in front. When we reached the head of the queue we realised that they had already closed the road. Who were we to ask why as the security personnel told us to get back in the queue as jumping the queue was not done. He also told us to go relax in some restaurant as the wait would be as long as four to five hours! So we did the next best thing, consulted Google maps and got the alternate route which was 365kms and would take us 13 hours. It was then the fun and games started. This route was an offroader’s delight. To add to the adventure thunder started rolling 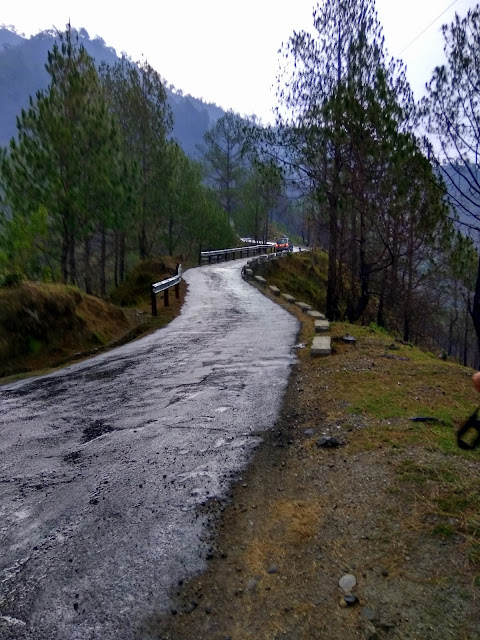 and lightning did its best to light up the path forward. And yes, it rained too. But we took it in our stride like veteran travellers, making jokes, singing songs and cheering for every small strip of tar as I was clutching on to dear life as the car rocked and rolled its way!
We reached OYO rooms in Kathmandu at 9.30pm instead of the scheduled 7.00pm. we were received 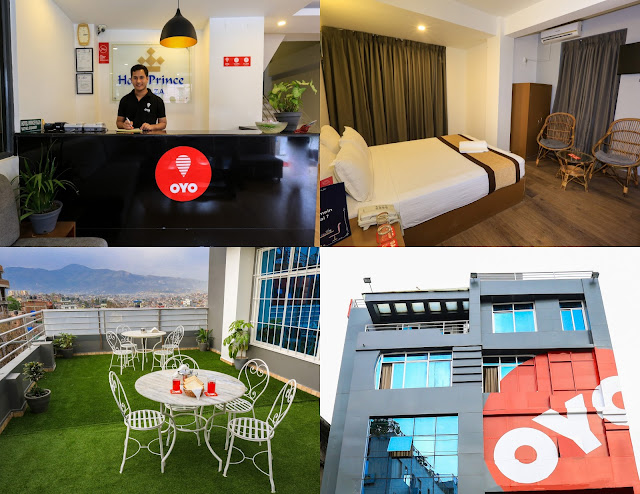 very warmly by the Hotel staff and they did everything possible to ensure we got to our rooms in a jiffy. The efficiency was marvellous!
During our dinner, knowing how tired we would all have been, they suggested we do our sight seeing the next day by a taxi van. 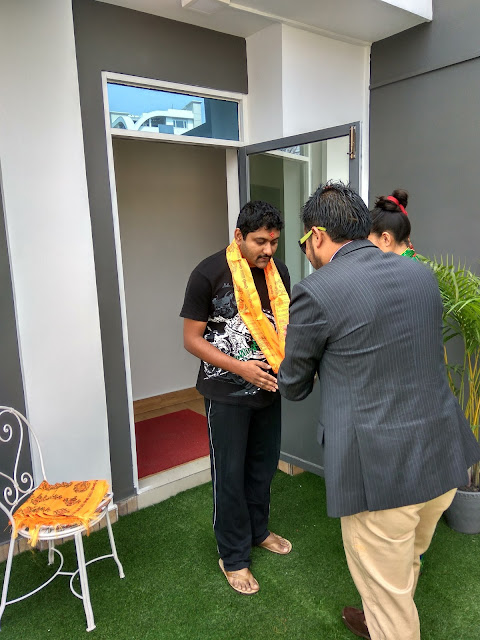 The CMO of Scout My Trip being accorded the traditional Nepali Welcome.

Next morning the CEO of the hotel personally welcomed us with the traditional tikka and shawl, followed by a hearty breakfast. 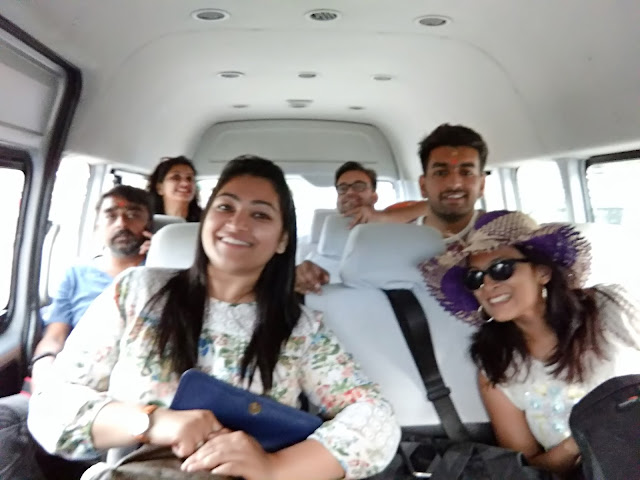 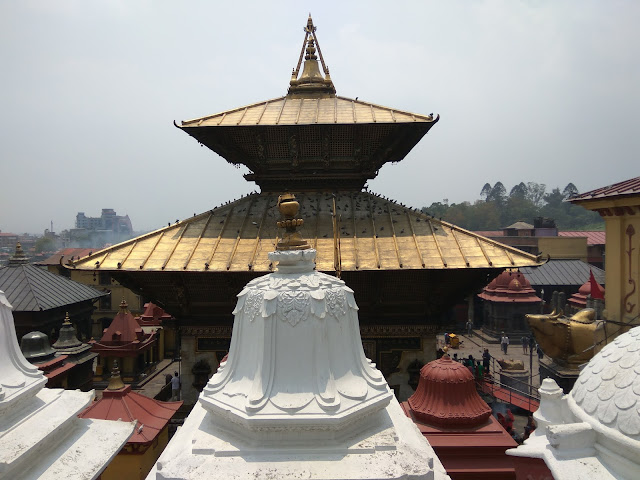 Pashupashinath temple - Built in the 5th century and later renovated, is one of the four most important religious sites in Asia for devotees of Shiva. 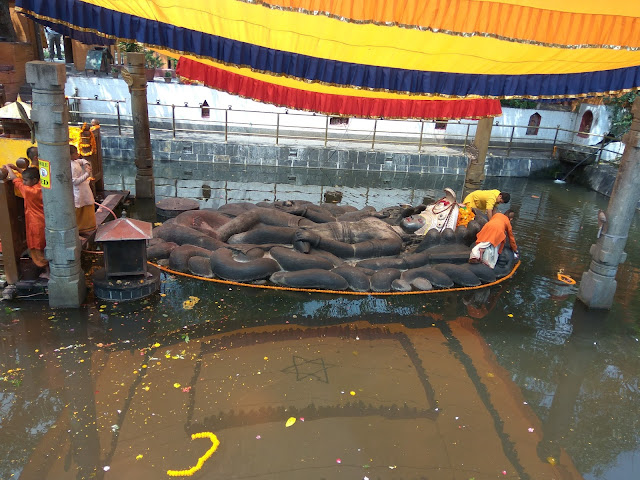 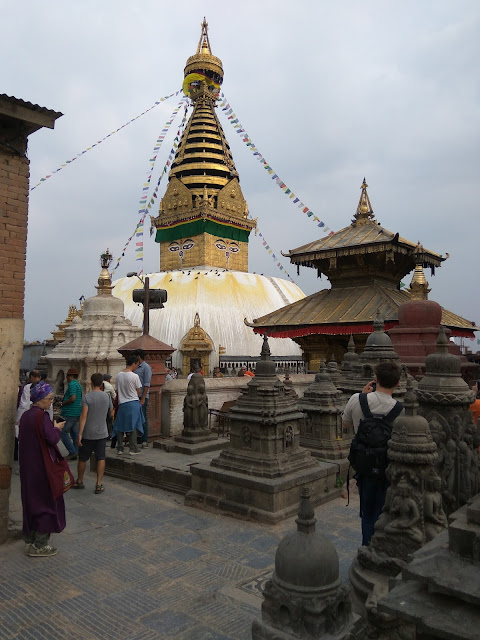 Swayambhu stupa - is a pilgrimage site for Hindus, Vajrayana Buddhists, and Newari Buddhists. 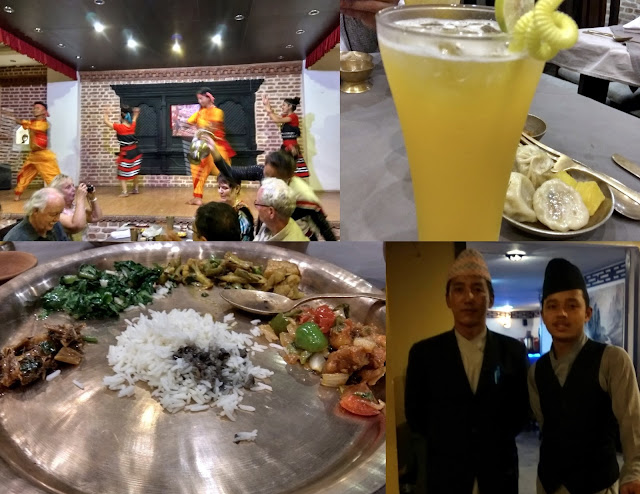 We were treated to a traditional Nepali evening of rice wine and Nepali thali accompanied by some traditional folk dances of Nepal, to end the day on a glorious note. 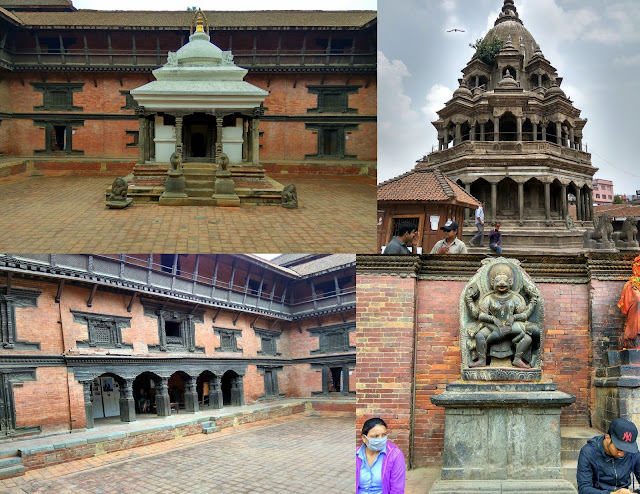 Next morning the van again showed us around Patan Durbar and Bhaktapur Durbar. These two 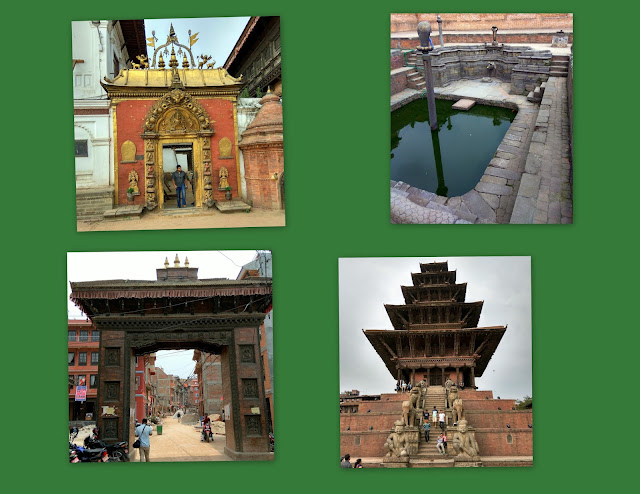 historic places took all day to explore and was well worth the time. So if the first day was devoted to religious places, the second day was spent in exploring the historic beauty of Nepal. Both were amazing! Some went to Thamel for the shopping buzz too. I gave it a miss and retired early to soak in the memories that were created so far.
A note for roadtrippers – The fuel pumps open only at 6am in Kathmandu so plan your departures accordingly.
Our foray into Nepal would end as we would leave early next morning on our return journey to Delhi via Gorakhpur and Agra. And this time we were determined to take the path that had skilfully avoided us when we came in.

Join me yet again in the next post to know what happened.