Of fireflies and Palaces.

When I was in school, over five decades back, we used to go to our ‘native place’ near Mangalore from Mumbai, every summer, to escape the urban summer heat and relax in the rural ambiance. Those days there was no power supply in our town and we used to light up ‘Petromax’ lamps every evening. At sundown we would sit out in the courtyard and chat/play away into the night and discuss the various formations of stars and planets in the cool dark sky. Spotting the milky way was another favourite pastime. Another fascinating activity was the arrival of the fireflies. They would come in pairs and then tens and keep flickering away. Sometimes we used to catch them and hold them in our palms and stare at them in wide eyed innocence. Ah those were the days alright, the good old days.
A few days back I got a notification from Canvas N Chrome, an adventure travel company, that they were organising a ride to Jawhar, around 130kms away, where we would be able to spot fireflies! And as a bonus they would also show us around the Jaivilas palace in Jawhar. As I registered for the ride I was looking forward to be transported to my childhood that was lit by fireflies and dreams of milky ways!
All of us met at 11.30am in the Fountain Hotel on NH8 near Mira Bhayander and started off on our wonderful ride to my dreamland! The ride on NH8 was a smooth one upto Manor, from where the road narrowed down right upto Hotel Leaf in Valvand, 10kms before Jawhar city. On the way one of 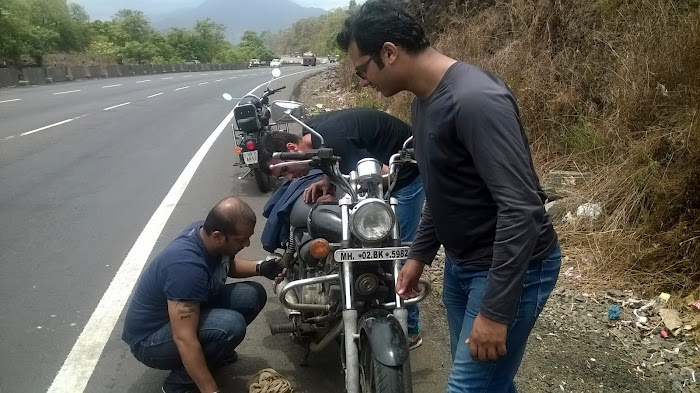 the bikes gave up and had to be deposited at a local garage to be trucked back to Mumbai the next day. All our efforts could not revive it.
Having reached our Hotel for the night, we offloaded our baggage, refreshed ourselves by having 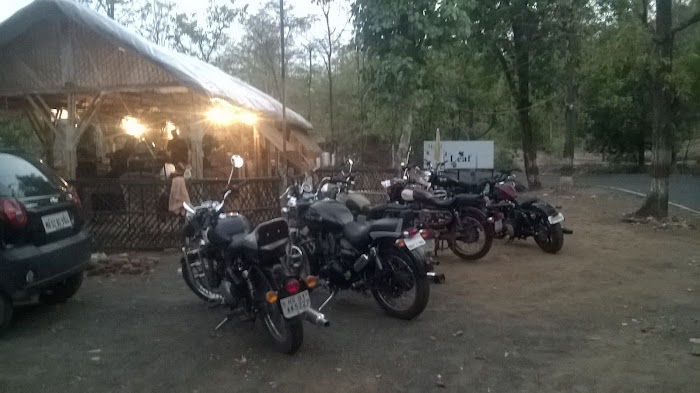 some excellent lemon tea and moved on to check out the Jaivilas palace in Jawhar.
This beautiful palace was built by Raje Mr.Yashwant Rao Mukane in 1913.The pink stone used for 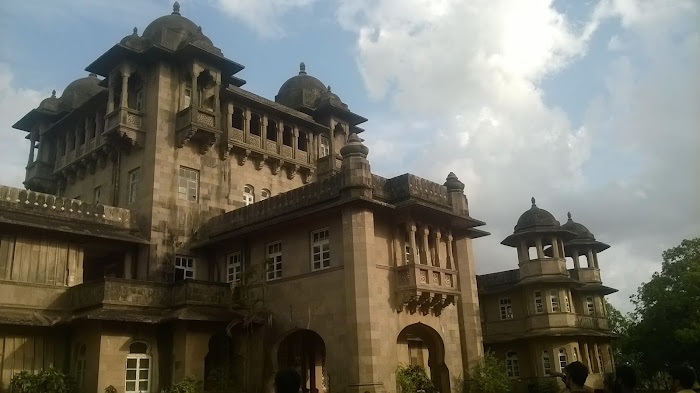 this was brought from Sakhara which is 12km away. The legend goes that when the work of building the palace was completed, the quarry from which the stone was extracted was destroyed.
It is kept locked now and apparently a room is kept in liveable condition for the erstwhile royalty who visit this place once in a while. 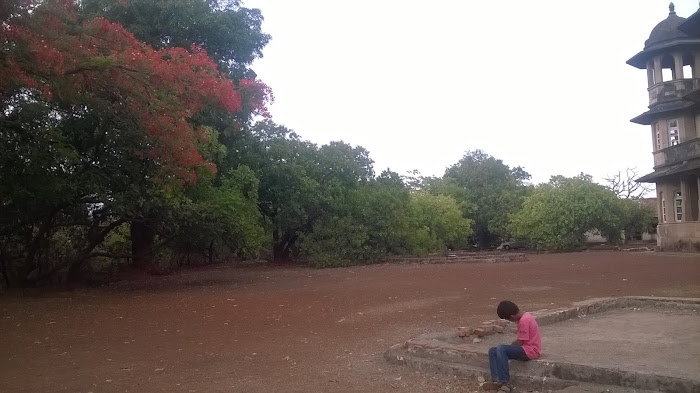 The palace ground is beautiful with lot of flowering trees giving it a very joyous ambiance. The view from the rear of the palace also is lovely, a photographer’s delight. 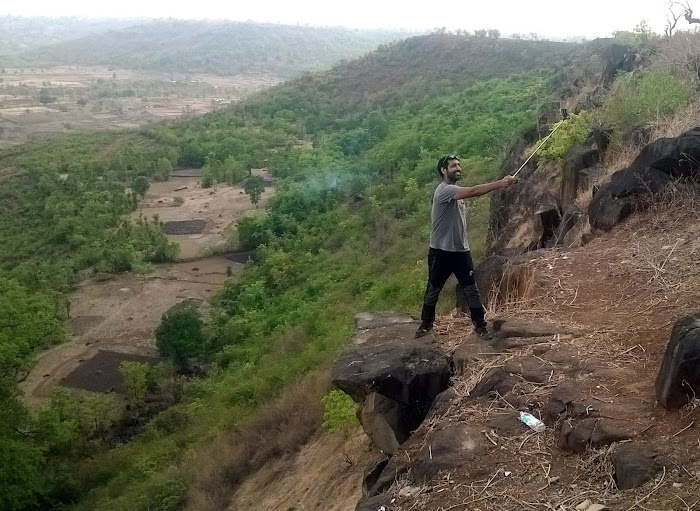 Nobody is allowed to loiter after sundown as there are leopards prowling around and the watchman told us stories of how a couple of dogs were mauled away just a few days back. Those made us make a beeline to the exit and back to Hotel Leaf for some yummy fried chicken filets washed down by lemon tea.
By this time the fireflies were calling so off we went into the darkness glittering with clusters of fireflies on surrounding trees. It was a spectacle to behold!
Posted below is a short clip of the fireflies extravaganza on display but of course it cannot replicate the real deal!


Tried to scour the skies for milky ways but to no avail as it was cloudy and there was some ambient light from neighbouring Jawhar town.
I rode back satisfied.