A day after celebrating Uttarayan – the beginning of the northern movement of the sun, the BisonsRideHard gathered outside the Hanuman Mandir in Bandra east, to begin their movement in the opposite direction to Chennai for participating in BOBMCRiderMania 14.
As the sun was about to announce a new dawn we announced our departure by honking the traditional beeps of our beasts and moved in a predetermined formation led by ride captain Bison Vishal Jaju.

Our 1st halt for a refreshing cuppa was at the usual café in Dehu Road where we had missal pao and vada pao followed by hot chai to keep us going till our next halt at a dhaba near Kolhapur for lunch.

The enthusiasm of the Bisons was amazing and nobody lagged and kept the pace as we had to ride a distance of 632kms to Hubli. Since all the bikes were examined for their fitness prior to the ride by Paaji, no bikes misbehaved and obeyed every clutch, brake and throttle command by their masters. 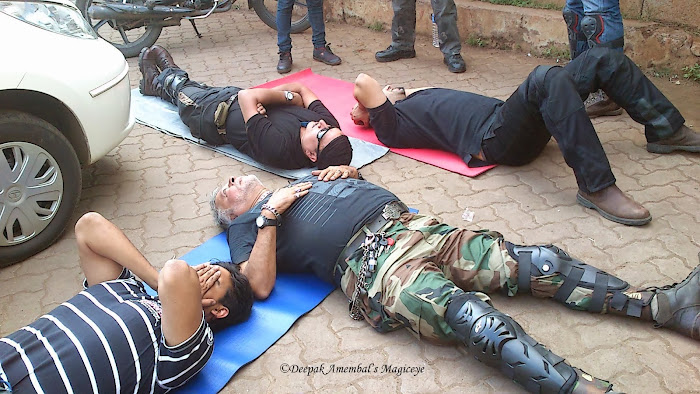 The heavy lunch necessitated a short power nap that was initiated by Paaji and followed by others who felt the need to do so.
‘Saddle up’ hollered Paaji, that got everybody scrambling for their respective rides and off rode the Bisons to the next halt outside the beautiful Suvarna Vidhan Soudha in Belgavi for some photo ops after which we 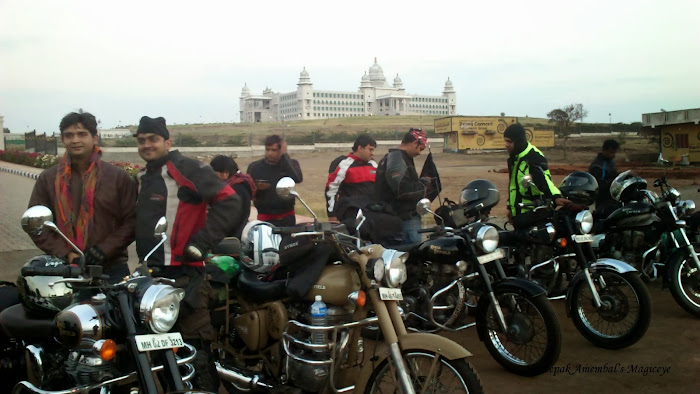 rode with us in perfect formation till Bengaluru where they broke off to their homestay while we rode on to Hosur where we stayed the night at ‘The Victoria’. On the way we stopped over at Deol dhaba for a chai break and at Gurjent Dhaba for delicious north Indian lunch. 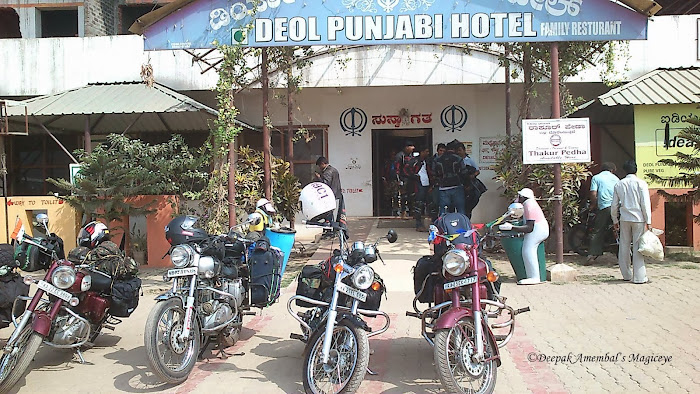 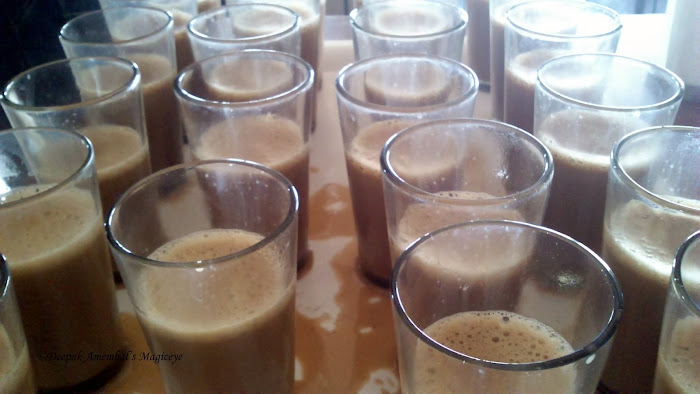 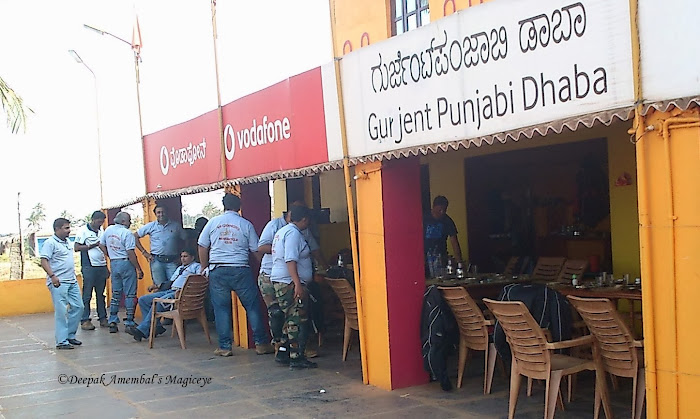 Next morning we kicked off again to head for our homestay in Mahabalipuram, just about 12kms from the BOBMCRiderMania14 venue. 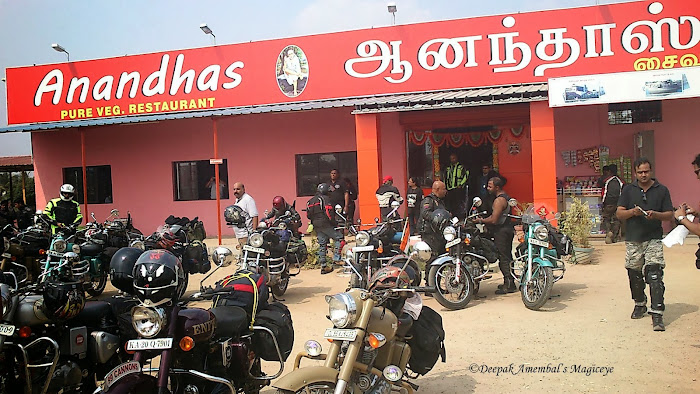 Delicious dosas were consumed near Vellore for lunch where we were rejoined by 99Cannons for lunch and then we rode on.
As we neared Mahabalipuram, the MadBulls (hosts of RM14) were there at every corner to direct us towards our destination which indeed was a blessing as it saved us precious daylight minutes.
We had covered a distance of 1506kms to Mahabalipuram from Mumbai and despite that there was not a sour face amongst us. Just smiles and joy all around. Sure was a pleasant sight and proof of camaraderie among the Bisons. After a bit of chatting, quenching and satiating, everyone hit the sack.
The day had finally arrived to check in at the venue for the BOBMCRiderMania14 and we roared in with our bikes roaring and horns blasting the BisonsRideHard tattoo. 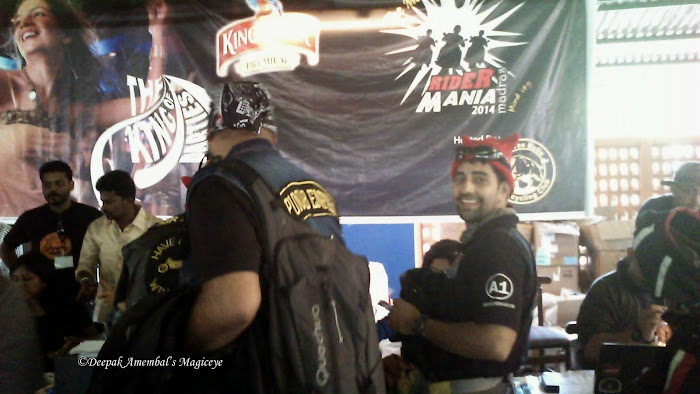 presented a goody bag containing stickers, key chains, a sipper and a tee as memorabilia of the event.
Then we went off to the camping area, pitched our tents and started chilling. It was time now to 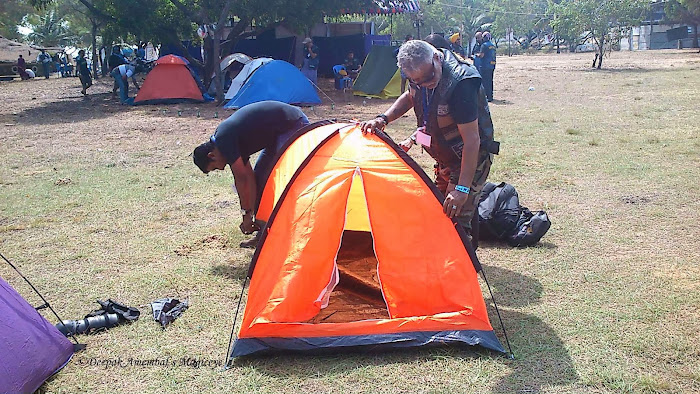 visit the events area and bond with other Bullet riders and exchange fascinating stories. There were various stalls selling biking merchandise and the festive mood set in. this went on for two days with lot of events like dissembling and assembling parts of the bike, dirt track racing, beer guzzling and arm wrestling and of course the Music and dance time.
It was a memorable two day festival and the arrangements made by the MadBulls were superlative. No cause for complaint at all!
There were a total of 1248 riders from all over India and Nepal attending this Manic festival!
And then it was time to bid farewell. So on 20th morning the exodus towards ‘home’ began. Some of the Bisons who had to get back to work early left early and rode hard to reach Mumbai in 2 days while others took it leisurely and reached back home in Mumbai in twice the time!
Overall it was a memorable epic ride of 3000+kms and a wonderful time for Bison bonding. Now looking forward to the Rider Mania 2015 in Chandigarh!
Posted by magiceye at 10:57 AM